It’s never too early to start preparing for Halloween – and as far as one social media star is concerned, you’re never too young to get the perfect costume prepared.

Indeed so convinced is influencer Adam Padilla that even infants should be given the chance to become someone else for that one spooky night that he has created a very adult series of outfit mock-ups for the very youngest of costume fans.

From pop culture favorites likes rapper Post Malone and viral star-turned-musician Danielle Bregoli, also known as Cash Me Outside girl, Adam, who is known as adam.the.creator on Instagram, has come up with all kinds of inappropriate options for his tiny fans. 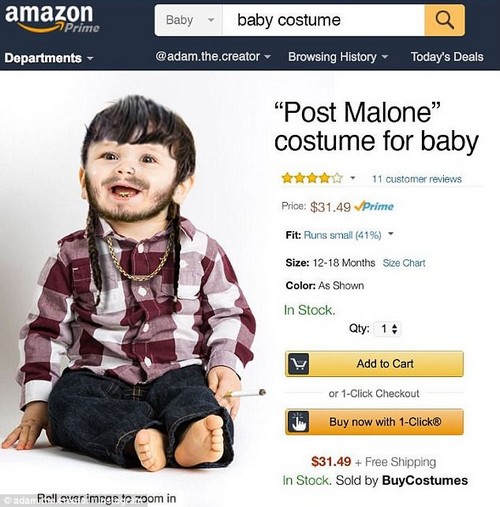 The perfect baby costume: A social media star has created a series of fake baby costumes just in time for Halloween – including rapper Post Malone 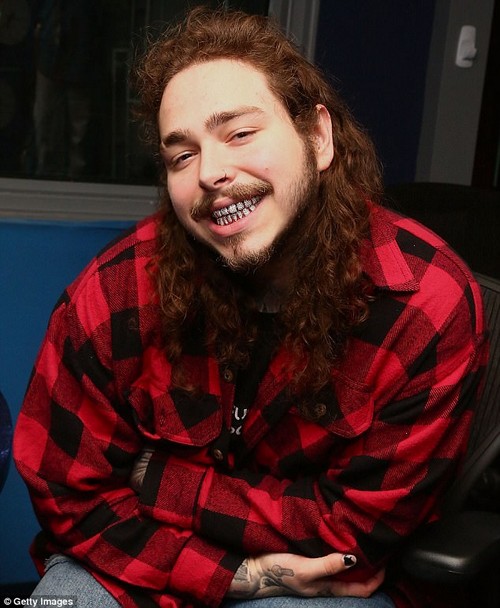 The real thing: Post is perhaps not the most suitable of characters for a baby to impersonate

And far from just creating a costume for each character, Adam went the whole fifty yards and actually mocked up an Amazon page, complete with a baby model to showcase his imagined ensembles. 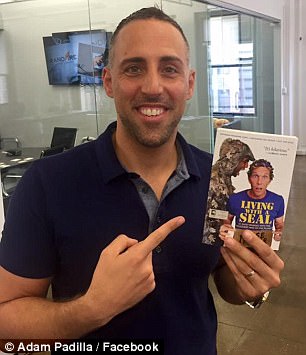 The man behind the meme: The hilarious series was started by online star Adam Padilla, known as adam.the.creator online

The photo, which looks like a grab from the online retail giant, shows a picture of a baby with the singer’s signature braids, bangs and facial hair along with a cigarette and gold chain.

In his caption for the post, Adam writes, ‘This baby is cooler than I will ever be’, with others taking to the comments to share their thoughts on the baby costume meme.

Users flooded the image with compliments, writing things like ‘I need this for my future child’, ‘need for our future kids’, and ‘let’s be him for Halloween’ – while another added, ‘This costume is perfect,’ and made reference to the cigarette the fake baby was holding in the photo.

And the fun didn’t stop there.

A day later, Adam shared another baby costume, this time for wrestler-turned-actor The Rock, noting in the caption: ‘This kid would kick my a** tbh.’ 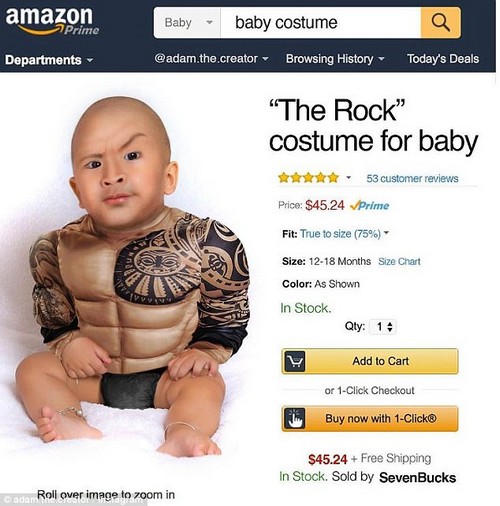 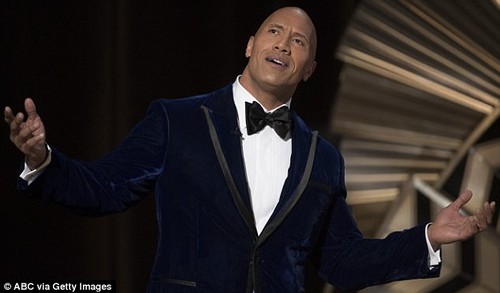 An uncanny resemblance: The Rock at the 89th Oscars in February 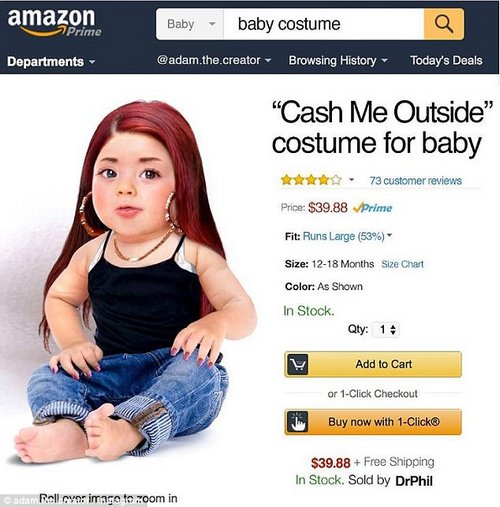 Not sold in stores: Although a hilarious idea, the fake costumes are not sold on Amazon 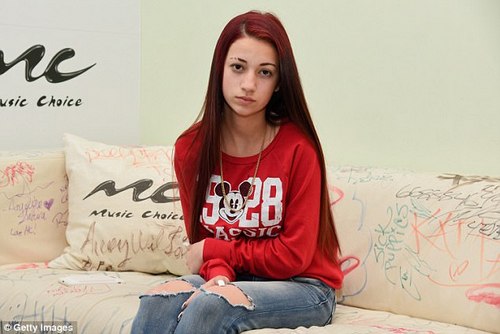 ‘Every day we drift further from God’s light’: Adam wrote as the caption when he shared a meme costume for Danielle Bergoli

Once again, people took to share their ideas on the co
stume in the comments and were delighted to see that the baby costume meme saga had continued.

Meme fans even expressed their desire for friends and friends’ children to dress up as ‘Little Rock’ for Halloween and tagged them in posts so they could get costume inspiration for the upcoming holiday at the end of the month.

And most recently, Adam shared a baby costume meme of Danielle Bergoli more popularly known as ‘Cash me outside’ girl or Bhad Bhabie.

In the caption Adam wrote: ‘Every day we drift further from God’s light’ but people didn’t mind being led astray with one user even jokingly commenting: ‘I wonder if they have it in my size.’

And lastly (as least for now) the ‘Little Dictator’ costume meme was shared on Sunday which shows a baby version of Kim Jong-un with a miniature missile with the caption, ‘Almost as cute as the real thing.’ 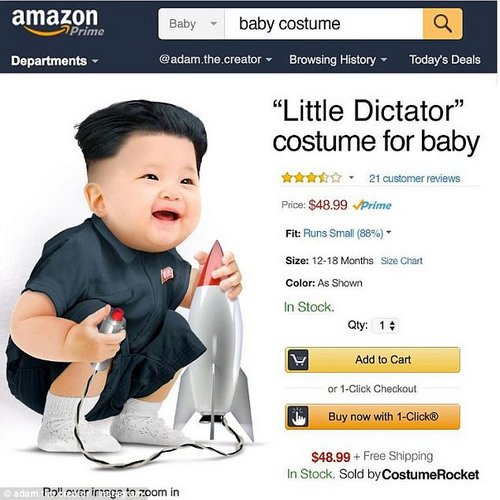 The Little Dictator: The costume for Kim Jong-un even comes with a miniature missile 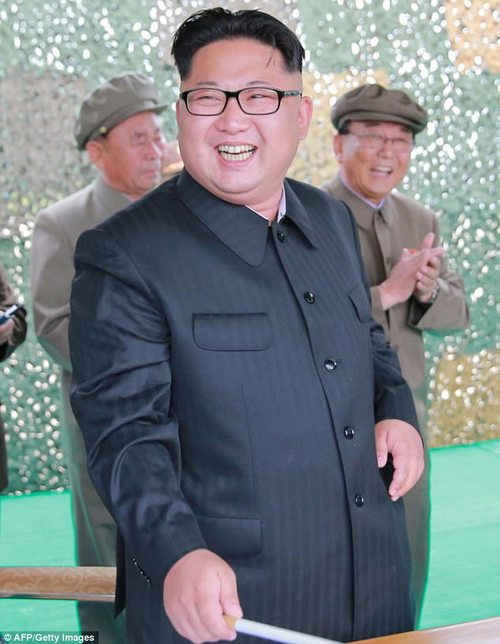 People commented ‘get this for my godson’ and had some playful questions such as ‘How did they talk Kim jung into modeling it?’ and ‘Where’s the trump costume?’

But with a little more than three weeks until Halloween, it wouldn’t be a surprise if adam. the. creator decided to feature ‘baby trump’ in his lineup of costume memes.

This isn’t the first time Adam has made a fake product used for meme purposes. Last month, he made a fake Starbucks ad promoting Pumpkin Spice patches that was also shared to his Instagram.

And in December, he created a Fisher-Price happy hour play set after he got the idea from seeing his two-year-old daughter sit at the counter like it was a bar according to Huffington Post.

And it would appear that he has taken his own advice judging from the number of viral memes he has graced social media with.

His secret? Dedication and patience which he said are two of the sure fire ways to create great content that people will share and laugh at. 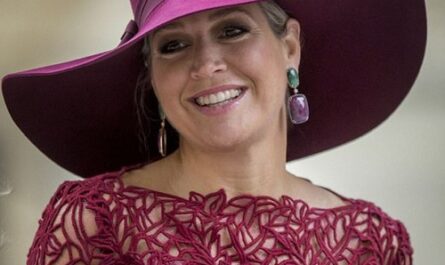