Bobby Davro has admitted he has a drink problem that was triggered by an affair he had with a married woman when he was just 15.

The comedian, now 59, began drinking at the tender age of fourteen, and says he has consumed alcohol every day since his first drink.

In a tearful TV confession, Bobby said he didn’t want to call himself an alcoholic or become ‘a mess of a man’.

Bobby revealed he still feels pain over the breakdown of his relationship with a married woman – who he calls his first love – over 40 years ago, and said: ‘I was naive and I was seduced.’

Appearing on an episode of Channel 5’s In Therapy that will air this week, Bobby finally admits to himself that he has a problem, and agrees to attend an Alcoholic Anonymous meeting before he becomes too dependent on drink.

Bobby Davro, 59, tearfully admitted he has a problem with alcohol on Channel 5 show In Therapy

In a brutally honest conversation with Harley Street therapist Mandy Saligari, Bobby said his drinking began at 14, when he’d drink Barcadi and Cokes in the pub with friends – some of whom were fifteen years old than him.

He revealed he drank daily, and even admitted to having a glass of wine before arriving to the session to calm his nerves – but refused to call himself an alcoholic.

He said: ‘It’s somebody that’s dependent on alcohol. It becomes their crutch, their every thought. I have no right to say and judge or define. What is the difference between a habit and an addiction?

‘I don’t classify alcohol as something that relieves my pain, it doesn’t relieve my pain. I don’t do it to make me feel better. It’s just there. Maybe I’m doing it and I don’t even realise it.’ 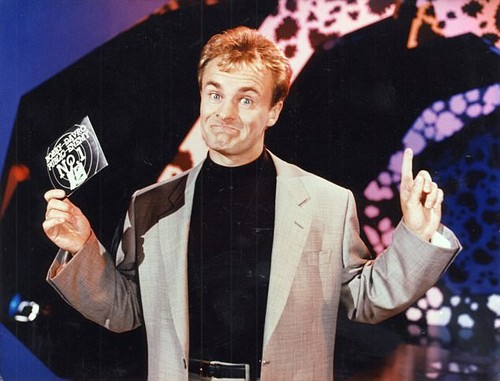 Bobby, pictured in his TV heyday in the early 90s, says his focus on his career led to the breakdown of his marriage

It was while he was socialising with an older crowd that Bobby’s teenage love affair began.

‘However, I at the time believed I loved her, she was my first love.

‘Even after it had all gone and finished and dusted I had a conversation with this person and she said… the words that hurt me after all those years, she said ”you weren’t the only one”. It hurt, it really hurt me. It was like someone sticking a knife in me. Goodness. It was her thing, I was naive and I was seduced.’

Bobby also blamed his drinking on the breakdown of his marriage to Trudi Jameson, with whom he has three daughters. 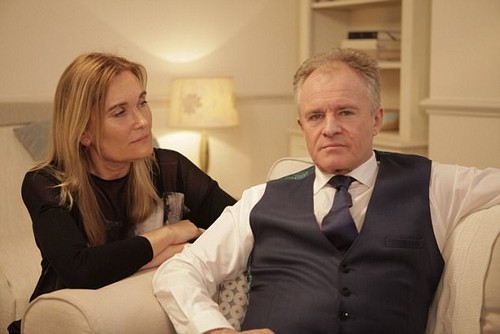 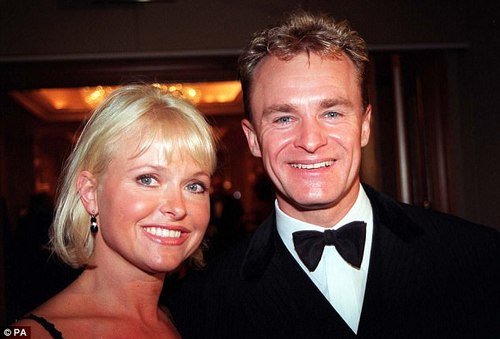 Bobby’s wife Trudi had an affair, which Bobby blames on his determination to succeed on his TV career. They were married from 1993 to 2003

The marriage ended when Trudi had an affair, which Bobby blames himself for because he was busy working on his TV career.

Bobby also has a strained relationship with his 92-year-old father, the athlete Bill Nankeville, who he feels favoured his older brother over him.

Therapist Mandy told him he is dependent on alcohol to cope with his problems, and asked him to attend an AA meeting, which Bobby initially refused to do.

She said: ‘I think you’ve picked up alcohol… as one of the ways you compensate. You cope with this feeling and keep it in abeyance, just a little bit away. I think you people please, you make people laugh and you tell people you’re happy. 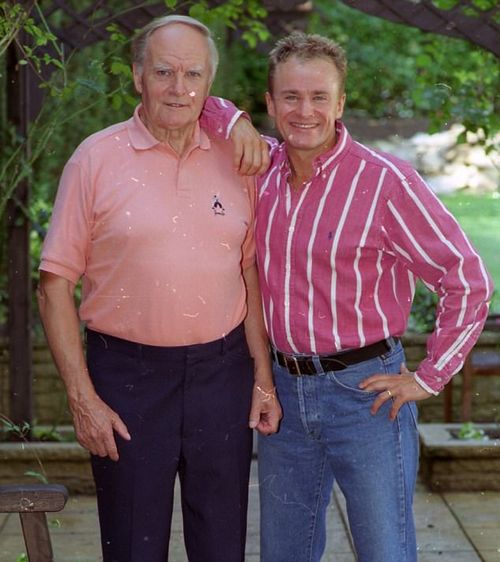 Bobby admitted that his relationship with his father, athlete Bill Nankeville, wasn’t perfect. He said he felt abandoned by him when he preferred to spen
d time with his older brother

‘You have a drink and you’re really a happy drunk and all those things but I think you are on the run from some of those sadder feelings. Heaven help you if it catches up with you,’ she said.

Bobby refused to go and became distressed when Mandy said she thought he was an alcoholic,  firing back: ‘I feel slightly miffed, in fact I’m really miffed. I don’t want to give up drinking because I am not an alcoholic. I’m offended by that.

‘Drink problem to me equals unreliable, he might not turn up, he might be p****d. When it comes to my work I’m not a liability, I don’t classify myself as a mess. Emotionally I’m probably a bit of a mess.

‘If you ask me to give up drink I could give it up – but that isn’t the thing that’s causing the problem.’

Bobby added: ‘Okay, it might be getting in the way of me solving my problem.’

The comedian agreed to go to an AA meeting, saying he didn’t want his reliance on alcohol to become a bigger problem

Mandy explained that using alcohol to solve problems was proof that he was suffering from alcoholism.

Bobby then had a breakthrough and tried to leave the therapist’s office when he became visibly upset.

Eventually the TV star agreed he would attend an Alcoholics Anonymous meeting.

He said: ‘I have an alcohol dependency, however I won’t take away that I’m an alcoholic and a drunk but I’m getting that way, if I’m honest.

‘That’s me being honest, I’m getting that way.’

In Therapy airs on Friday at 10pm on Channel 5. 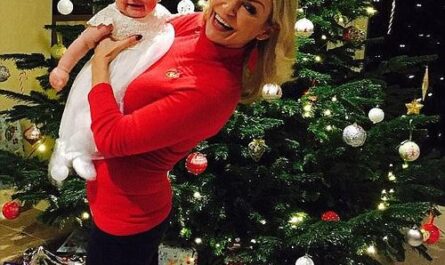 Kristina Rihanoff speaks candidly about being 40