A 26-year-old cancer sufferer has revealed how she was left unable to walk or talk after suffering a severe reaction to chemotherapy.

Nikki Quinn, from Sydney, was diagnosed with acute lymphoblastic leukaemia at the tender age of 13.

But when she underwent her first round of treatment, every organ in her body except her heart shut down after she suffered seizures.

After spending five days in an induced coma, the then-teenager woke to find herself unable to walk, talk, write or taste. 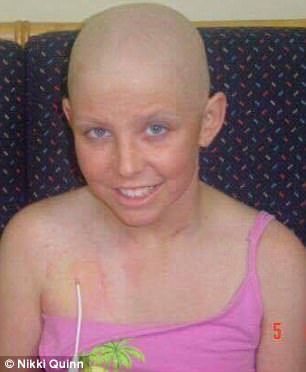 Cancer sufferer Nikki Quinn, from Sydney, has revealed how she was left unable to walk or talk after suffering a severe reaction to chemotherapy 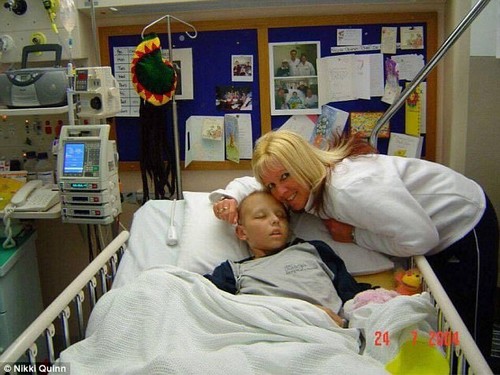 ‘I had to relearn how to do everything again… I had to learn how to write and use my hands,’ she told Daily Mail Australia.

‘For three months, I couldn’t eat. I had to teach myself to eat so I could get my tastebuds going again. So I started licking a Jatz biscuit. 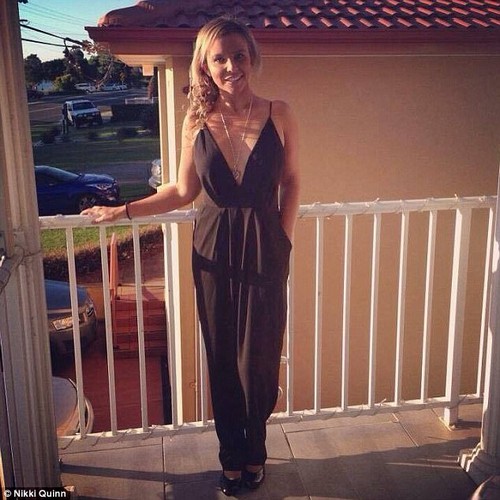 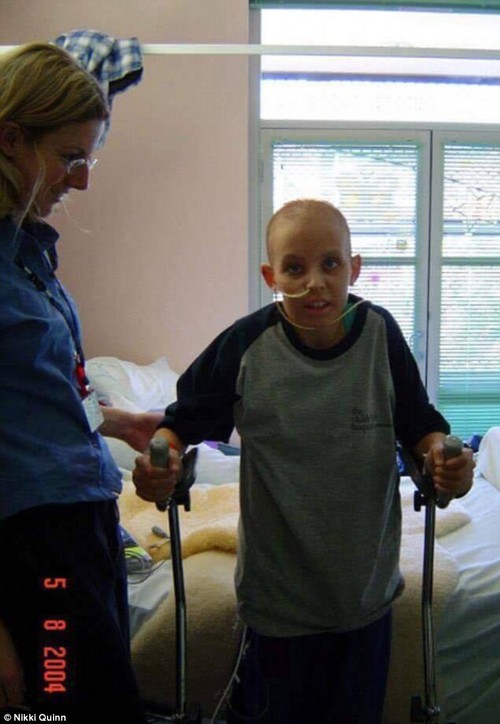 The then-teen had to learn how to walk again

‘I had to teach my body how to run again – I certainly can’t run like I used to. I suffered nerve damage so I was weak. Sometimes I tripped over my own feet.

‘Almost three months after my coma, I was able to take my first steps. It took around eight months in total to be able to walk again.’

Before her shock diagnosis, Nikki was an active teenager who loved playing sports – but eventually started started to feel unwell and tired.

She went away for her annual softball tournament when her condition started to deteriorate.

‘I remember getting up one morning, I didn’t feel anything in particular that was wrong with me. I slipped into my uniform and then jumped into the car,’ she recalled.

‘My mum was driving me to school when I started gagging and I couldn’t breathe property so we went to see a doctor to get some tests done.’

When she underwent her first round of treatment, every organ in her body except her heart shut down after she suffered seizures

The following morning, they received a phone call from the doctor urging her to come into his office immediately.

‘When we got there, my doctor came into the room with tears in his eyes. He told me I had cancer. I guess, being 13 at the time, I never knew kids could get it.

‘I thought just old people could get cancer – and you die from it. I thought I was going to die. I was a bit confused because I didn’t understand.

‘I remember asking my mum if I was going to die. She said “no but it’s going to be the toughest game of softball you’ll never play”.

‘She always kept that positive mindset for me so I never felt afraid.’

After slipping into a coma, Nikki woke to find herself unable to walk, talk, write or taste

Just four days into her first round of chemotherapy, Nikki started suffering seizures.

As she recovered in hospital, Nikki said one of the most challenging parts of her cancer journey was not being able to play sport.

‘It was tough. Sport was always my way of expressing myself. To have it taken away from my life, it was really tough,’ she said.

‘I was too sick and I had to leave the team. It was tough watching my friends play and not being able to do what I should be doing.’

Nikki has been in remission since after she found the strength to slowly recover.

Against all odds, Nikki – who recently completed a nursing degree – embarked on a trek in Peru

By sharing her story, Nikki hopes other cancer sufferers could draw hope from her experience

But against all odds, Nikki – who recently completed a nursing degree – embarked on a trek in Peru.

‘Everybody doubted me but I was able to complete it in four days,’ she said.

‘I actually got really sick over there so I initially didn’t think I was going to finish it. I felt really weak one day so my boyfriend pretty much carried me.’

Her next goal is to go skydiving in an effort to raise money for the Children’s Cancer Institute’s Dare The Boss fundraising initiative.

By sharing her story, Nikki hopes other cancer sufferers could draw hope from her experience.

‘It’s really important to let them know they’re not alone,’ she said.

‘With close family and friends, you could still feel very lonely and alienated. There’s always someone out there who gets what you’re going through so you just need to reach out.’

To make a donation, please visit ‘Team Nikki’ at Dare the Boss.