The Duke of Cambridge has arrived in Belfast for a visit that will highlight the work of a mental health charity and the emergency services.

William’s afternoon of engagements in the city will take in the Inspire charity and see him observe search and rescue training on the River Lagan.

The Duchess of Cambridge, who is pregnant with the couple’s third child, has not accompanied her husband on the trip to Northern Ireland.

William first visit was to the Inspire social enterprise in the city centre, where he met mental health counsellors and service users before officially opening the charity’s new offices.

He received a  touching memento of the visit to take home in the form of a picture by artist Oliver Jeffers for Princess Charlotte.

His scene showed a father flying a kite as his daughter paddled in the sea, and the artist added a simple line drawing of another little girl with the message: ‘To Charlotte’.

And he made sure Prince George wasn’t left out, giving him a picture of a little boy looking up at the stars for the young Prince.

The Duke of Cambridge talks to students from Our Lady & St Patrick’s College, Knock during a visit to the Inspire social enterprise In Belfast

A picture given to the The Duke of Cambridge for Princess Charlotte by artist Oliver Jeffers, showing a father flying a kite while his daughter paddled in the sea

He also spent time with an art group for service users and joined a discussion on mental health in football.

He will then travel to the historic Titanic Quarter to see the work of Lagan Search and Rescue lifeboat service.

The Duke will watch a live demonstration of a rescue mission in the harbour, which will include the deployment of a lifeboat, a quayside response and rescue swimmers, before meeting a number of the volunteers and hearing about their experience of setting up the service.

One of the helicopters from the recently established Northern Ireland Air Ambulance service will be parked alongside the harbour.

William looked in great spirits during his official visit to Belfast, as he chatted to volunteers and service users at the social enterprise Inspire 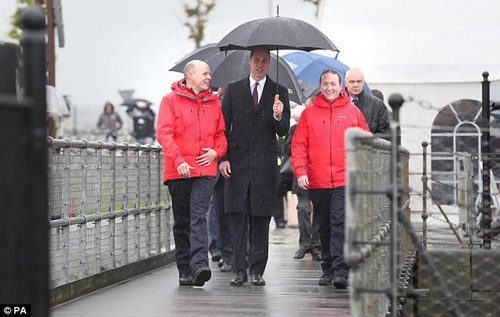 William visited the Titanic Quarter to see the work of Lagan Search and Rescue, a rescue and lifeboat service 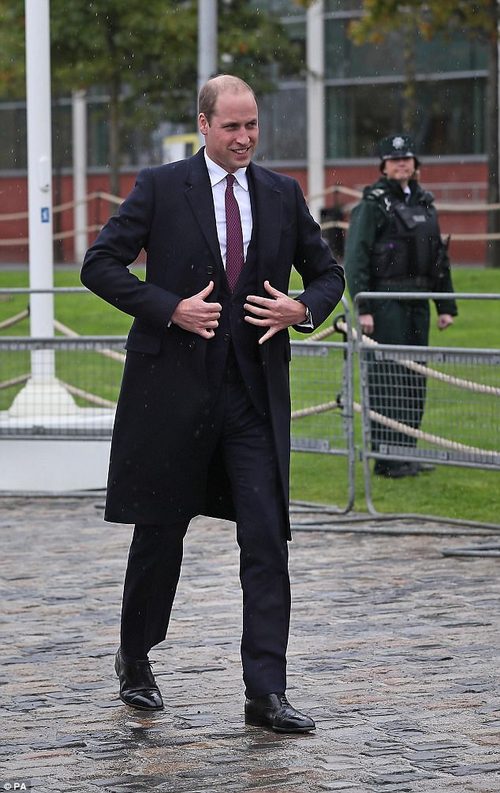 This evening, William will attend a private dinner for the Irish Guards Association.

Next Tuesday, William will be joined by to host a reception at St James’s Palace to celebrate the impact of their Heads Together campaign.

Later that evening, the Duchess of Cambridge will join the brothers for a reception at Buckingham Palace for World Mental Health Day, her first official engagement since her pregnancy was announced. 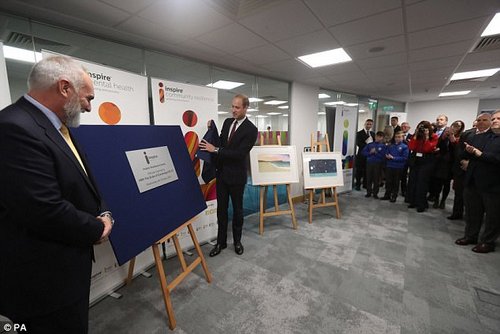 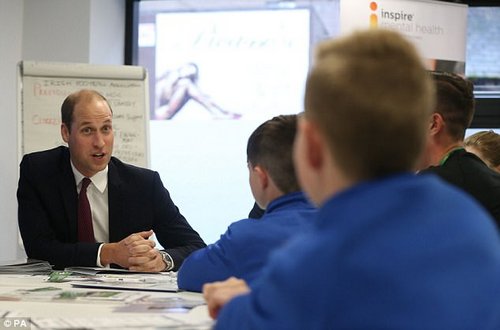 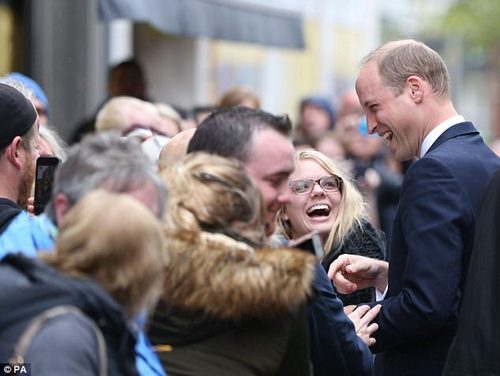 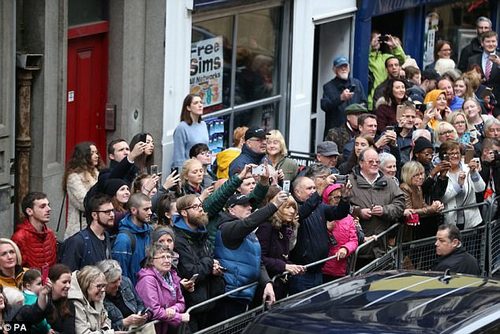