Fans of the Duchess of Cambridge are eagerly awaiting her return to public duties, but royal watchers certainly aren’t short of a regal style fix with Princess Mary about.

The royal, 45, looked every inch the fashion icon today in a white lace dress by Temperley Lonodon, one of Kate’s favourite designers.

Mother-of-four Mary teamed the on-trend number with pastel blue heels for a visit to the Kenrokuen Garden in Kanazawa, Ishikawa – one of Japan’s Three Great Gardens.

In keeping with the spirit of the occasion, Mary wore a delicate white flower in her hair, which as swept back in an elegant bun.

Mary, 45, and husband Frederik, 49, are visiting Japan in order to mark 150 years of diplomatic ties between the two countries.

The Crown Prince looked handsome in a grey suit and burgundy tie teamed with a blue shirt. 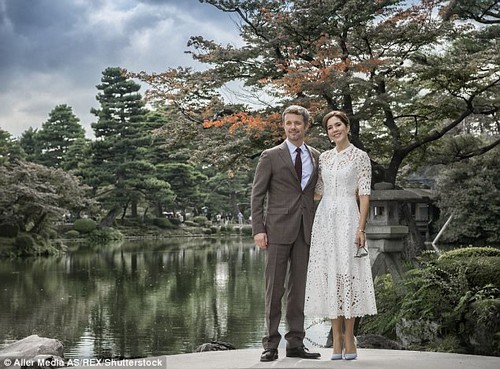 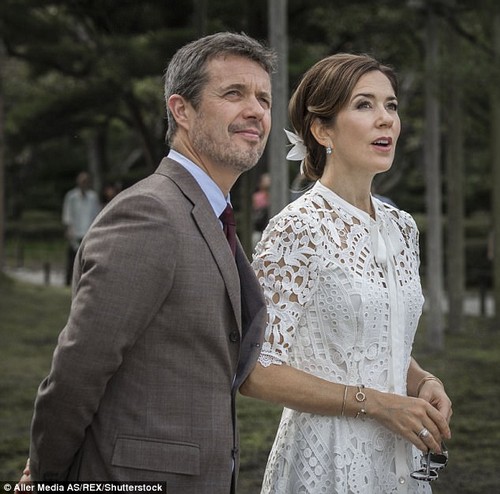 The Crown Princess chose a white lace neck tie dress from Temperley London, a brand favoured by the Duchess of Cambridge

With the Duchess of Cambridge keeping a low profile following the announcement of her pregnancy we have to turn to other members of the European monarchy to get your royal style fix!

This week Princess Mary of Denmark was offering up some great fashion-inspo on her Japan visit rocking this white Temperley dress featuring an allover cutwork lace design and tie neck detail.

We’re loving this ladylike look on Mary and whilst her exact dress has now sold out you can follow the link on the right to explore the brand, then recreate the outfit with one of the picks from our roundup below.

With options from Coast, Foxiedox and Missguided you’re spoilt for choice! Style with courts and a clutch to channel Mary’s look. 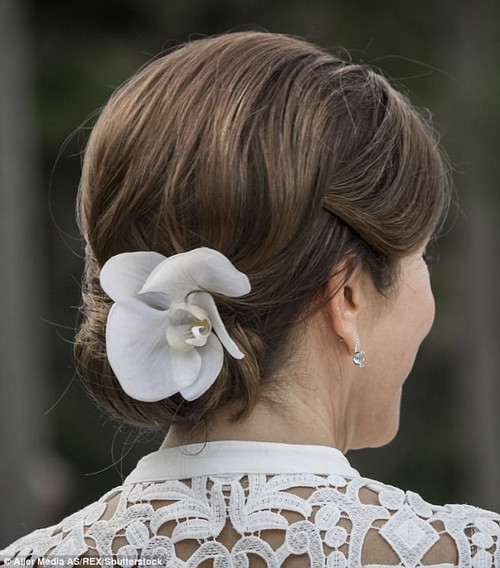 They began today with a breakfast meeting with Kanazawa City Deputy Mayor, and following their tour of Kenrokuen Garden they visited an exhibition at the 21st Century Museum of Contemporary Art

During their four-day visit, they will enjoy a luncheon with Emperor Akihito and Empress Michiko, as well as meeting with Prime Minister Shinzo Abe.

Crown Prince Frederik previously visited the country in March 2015, but this is the first time he will meet the Japanese prime minister.

The Danish royals’ visit to Japan comes after they hosted Prince Naruhito in Denmark in June. 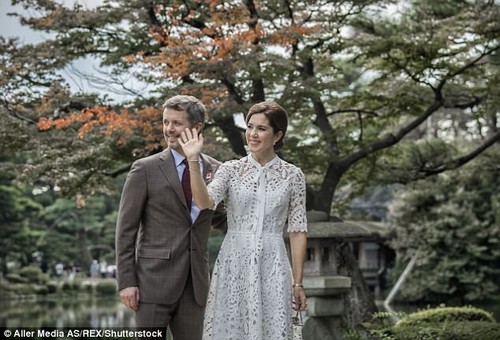 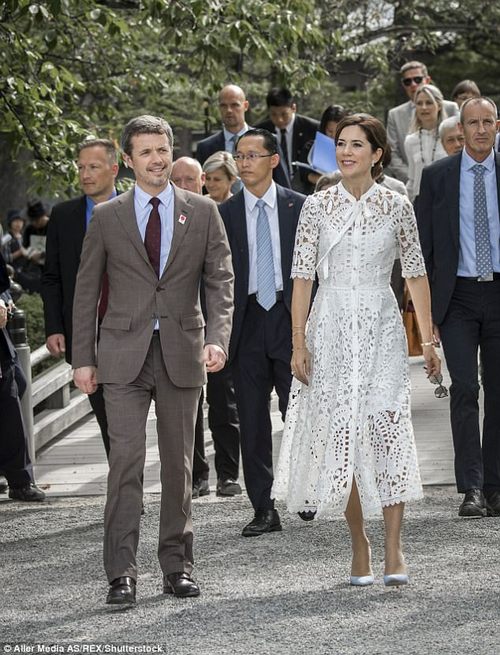 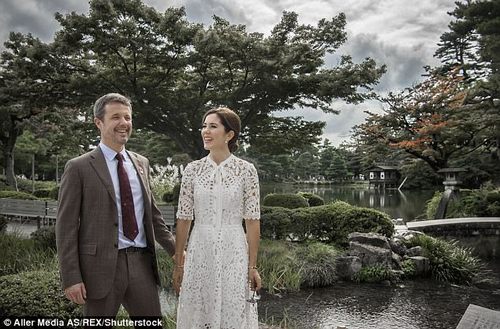 The royal couple looked in great spirits on the visit to the gardens, which is one of the most famous in Japan

He also enjoyed a visit to the Hans Christian Andersen’s museum, in Odense, central Denmark, as well as a night at the theatre.

He is expected to give up the throne in late 2018. 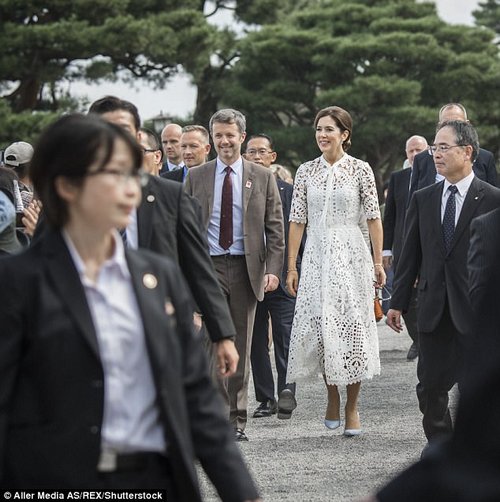 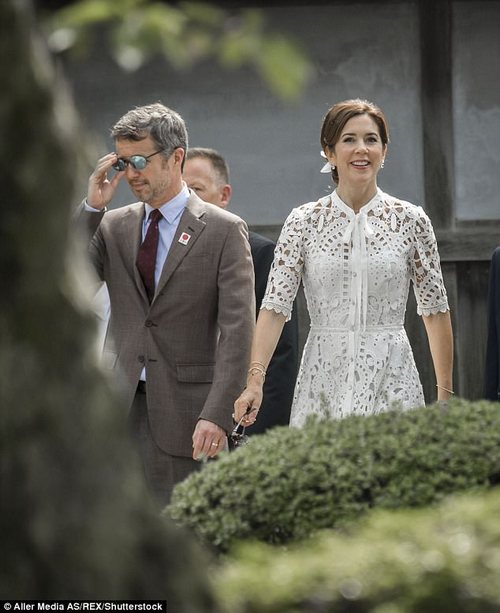 Prince Harry and Meghan Markle are ‘as good as engaged’