Queen Maxima was given a very warm welcome by President Marcelo Rebelo de Sousa of the Portuguese Republic as she touched down in Lisbon on Tuesday.

Dressed to impress in a figure-hugging brown ensemble, the Dutch royal was treated to a tender kiss on the hand by the dignitary.

Maxima and her husband are on a 3-day state visit and the monarch looked just as chic on her arrival last night as she did today at the Praca do Imperio in Lisbon. 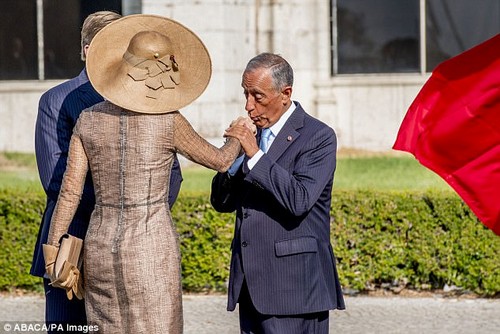 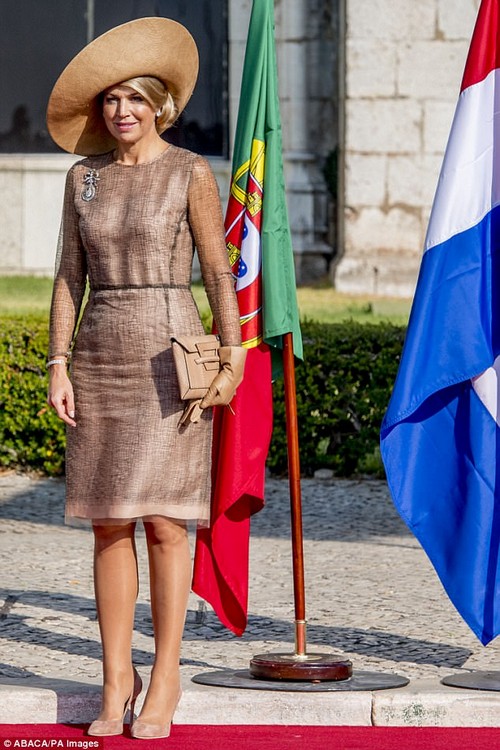 For most people, a night flight means reaching for a comfy tracksuit, noise-cancelling headphones and a neck pillow.

But Queen Maxima of the Netherlands was as coiffed as ever as she stepped onto the tarmac in Lisbon overnight on Monday in a pair of tailored purple trousers.

Arriving for a state visit with her husband King Willem-Alexander, Maxima paired her trousers with a matching purple top and peep-toe heels. 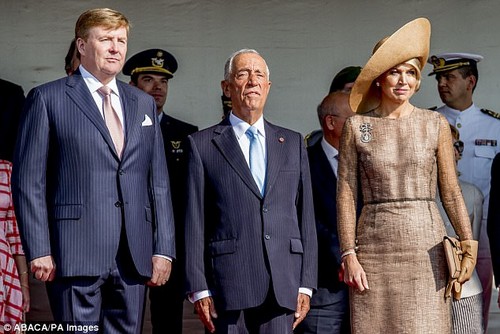 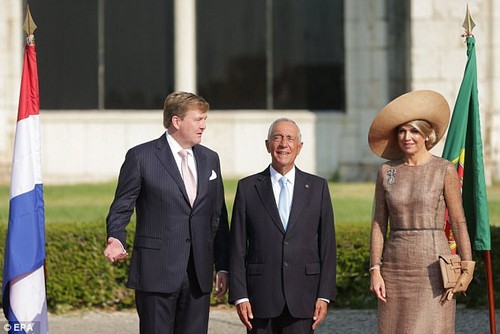 Despite touching down late last night, the Queen looked fresh and radiant as she joined the men at the welcome ceremony at the Praca do Imperio in Lisbon 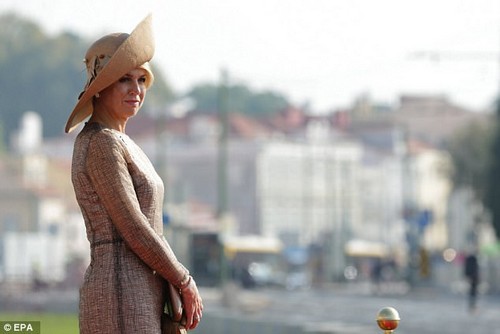 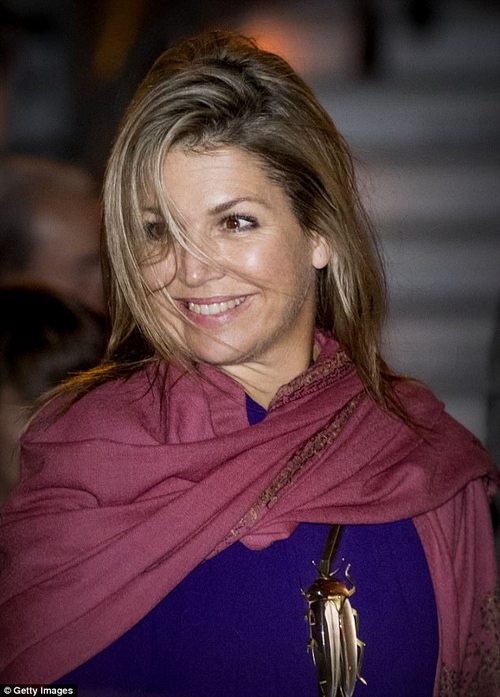 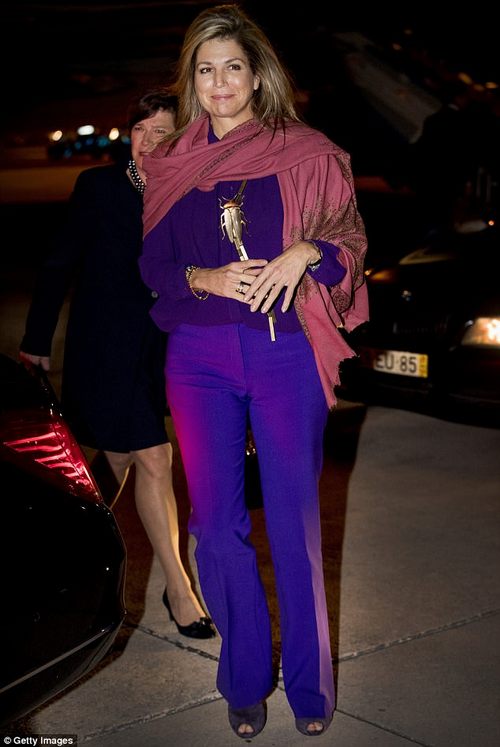 The Dutch royals are in Portugal for a two day state visit. Queen Maxima wore top to toe purple with a pink shawl and a giant beetle necklace

A nod to comfort came in the shape of a deep pink shawl with gold trim draped over her shoulders – perhaps to shield herself from the air-con on the plane.

Her final – and rather dramatic – accessory was an enormous gold necklace with a pendant shaped like a beetle.

The mother-of-three wore her blonde hair loose and smiled for the cameras as she and the King shook hands with the welcome party on the red carpet.

The Dutch royals arrived in Portugal after an invitation was extended by President Marcelo Rebelo de Sousa.

The King and Queen will tour Lisbon, Alverca, Sintra and Cascais during their jam-packed two-day visit. 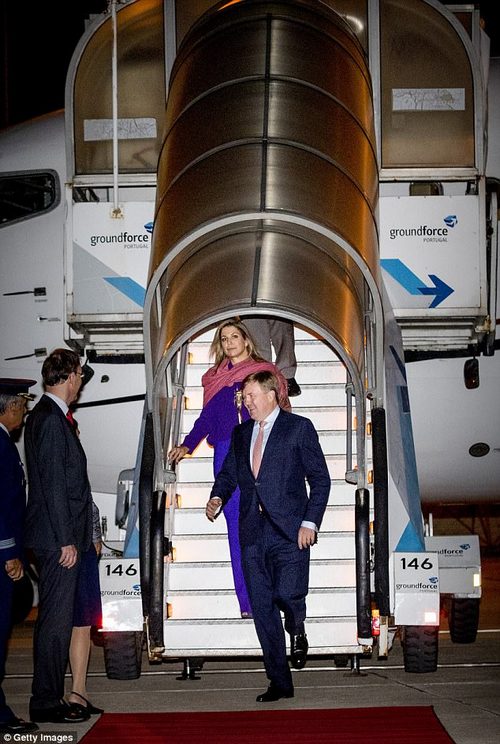 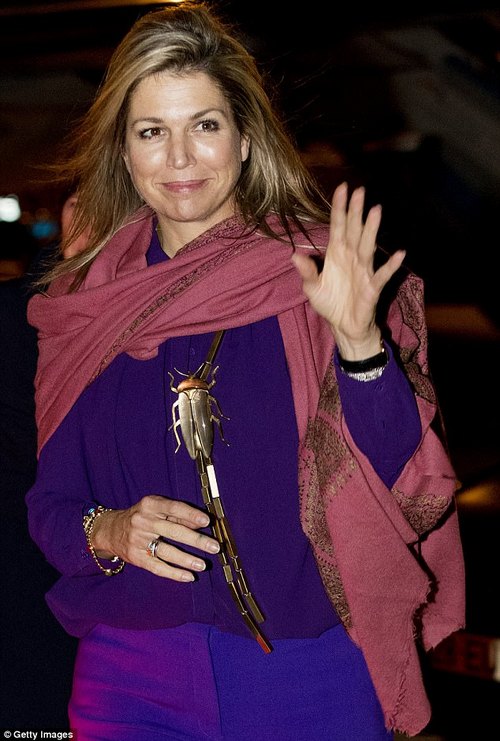 On Tuesday the royal couple are expected to lay a wreath at the tomb of Luís de Camões, a national hero in Portugal and the country’s greatest poet.

Tonight the President will host a state dinner in honour of King Willem-Alexander and Queen Maxima, at which both royals are expected to make speeches.