Strictly Come Dancing star Chizzy Akudolu has opened up about being the victim of sexual harassment as she urged young people to speak out against those responsible.

The Holby City actress, 44, from London, revealed how she was taunted over the size of her breasts as a schoolgirl after she developed earlier than her peers.

Speaking to journalist Sian Williams, Chizzy recalled: ‘I remember once when I was at school a boy shouted out in front of lots of people: “Oh my god. Look at the size of her breasts” and he didn’t use the word ‘breasts’, obviously.

Candid: Actress Chizzy Akudolu opened up about how she was sexually harassed in school

‘It made me feel so small because back when I was young I used to hide them. He was an older boy as well, so what did you do?’

Chizzy spoke about her own experiences as part of a new campaign aimed to raise awareness of everyday sexual harassment.

The interview was conducted ahead of a new 5 News campaign titled #ThatsHarassment which will highlight everyday sexual harassment.

A poll conducted by 5 News/YouGov poll reveals that 52 per cent of women aged between 18-24 have been the victim of sexual harassment.

Small incidents: Speaking to journalist Sian Williams, right, Chizzy revealed how a comment intended as a joke could constitute as sexual harassment if it made someone uncomfortable 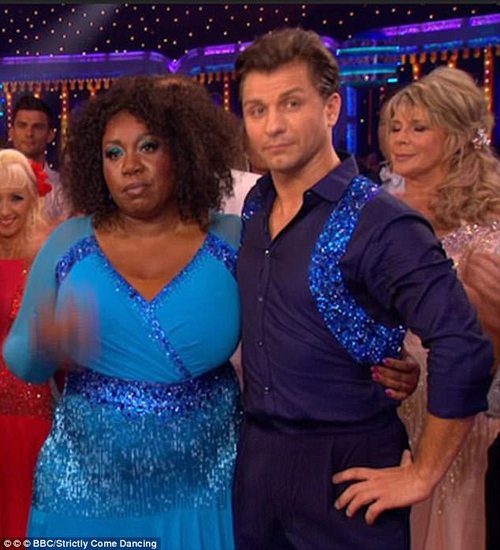 Almost a third (32 per cent) said they had been sexually harassed on public transport and another 32 per cent said they’d experienced sexual harassment in the workplace. However just 5 per cent of 18-24 year olds had reported an incident.

Chizzy explained that girls and boys both needed to be educated on what sexual harassment means and how it can be wrongly perceived as ‘banter’.

She said: ‘For some of us we think it’s having comments shouted at us constantly or being touched constantly whereas it could be just that one grope or that one comment which makes us feel uncomfortable.

‘You think about that guy shouting a comment from a car or that guy behind you on the Tube who is getting a little bit too close even though it’s crowded.’ 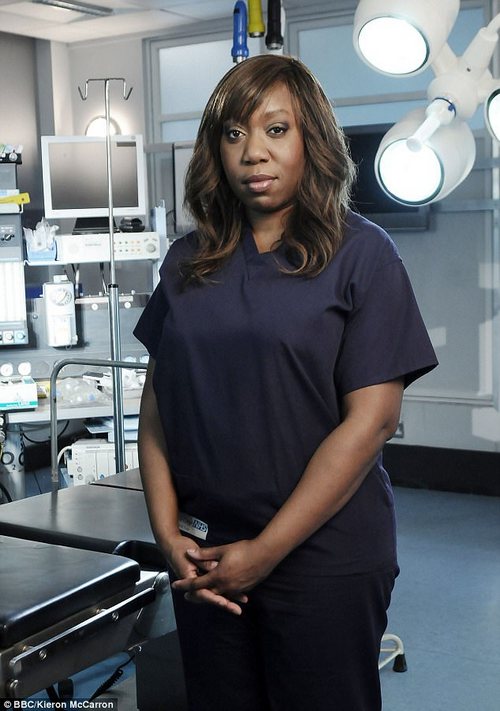 Advice: The Holby City actress, pictured, urged victims to speak out against harassment

She added: ‘Anything that makes you feel uncomfortable is not acceptable.’

Chizzy, who became the first celebrity to be voted off this season of Strictly Come Dancing, also encouraged victims to speak out when they feel they are being harassed.

Commenting on the campaign, Prime Minister Theresa May said there is a ‘real concern’ surrounding sexual harassment. She said: ‘What you are talking about is the smaller things every day that can encroach on people’s lives.

‘I think it’s important that we treat people equally and that we don’t see that sort of everyday sexism taking place.’

Why onions really make us cry