It’s not easy raising children on your own, and getting back into the dating game can be an even bigger challenge as these confessions prove.

In a new thread on the secret sharing app Whisper men who refuse to date single mothers have revealed the reasons why – and some of them will shock you.

Making use of the app’s anonymity, the bachelors didn’t hold back when it came to the perceived pitfalls of dating women with children.

For many men the prospect of raising another man’s child was a rather a daunting one.

One man claimed it was too expensive to date single mums, saying they’re harsher on a bank balance than prostitutes.

Another singleton said there is too much risk involved with dating mothers – because deep down they often want to get back with their kids’ fathers. 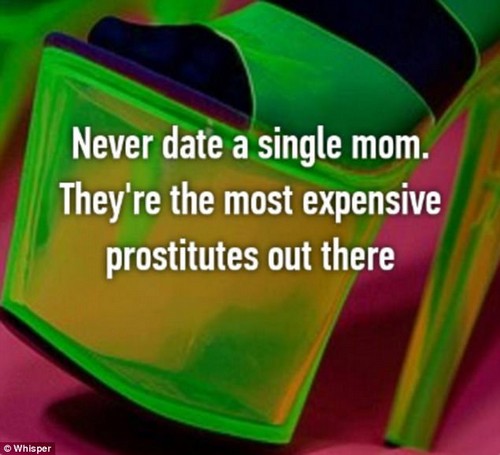 Too pricey! This man pulled no punches and compared single mums to prostitutes in terms of money spending 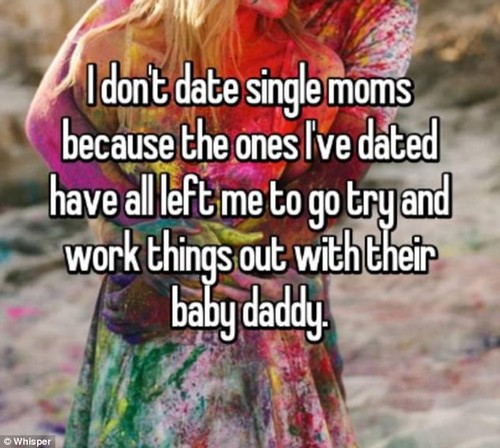 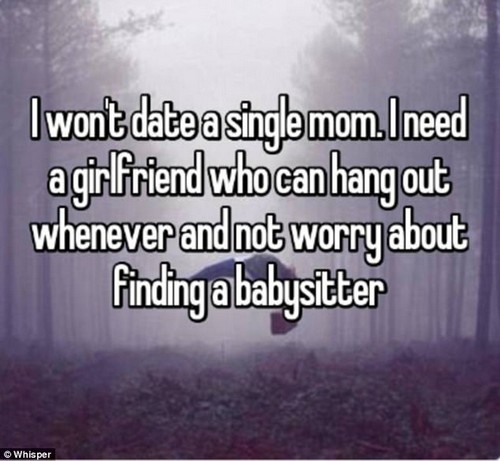 Too much baggage! Single mothers are too much hassle, according to this single man 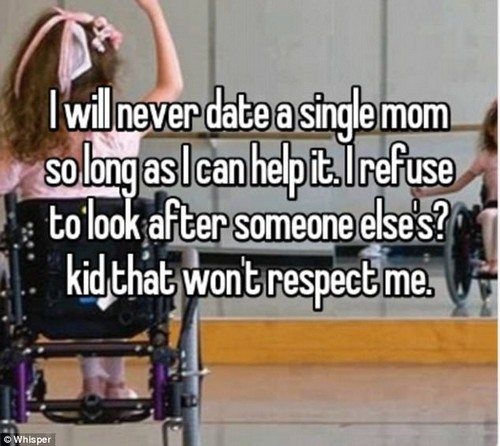 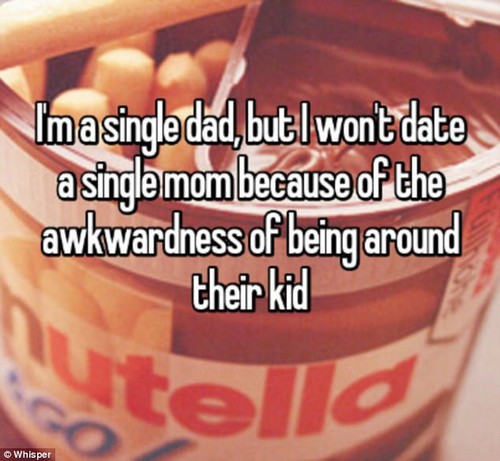 Double standards? A single dad said he doesn’t want to date single mothers because of their children 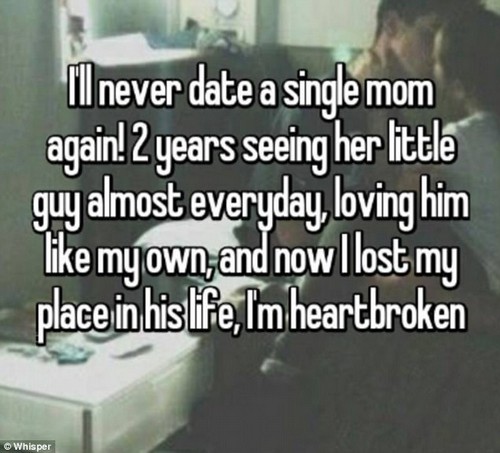 Heartbreaking! This man says she misses his ex’s son after seeing him every day for two years 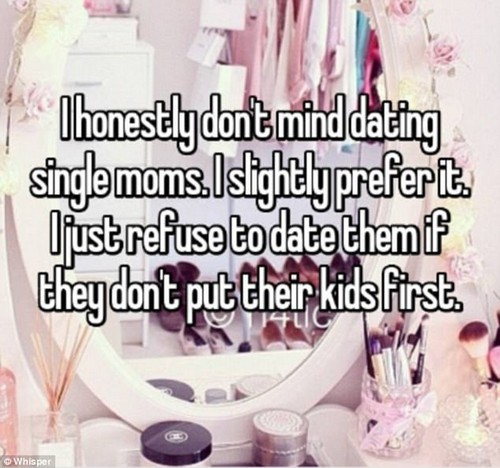 Standards! This man won’t date a single mum unless she puts her children before him 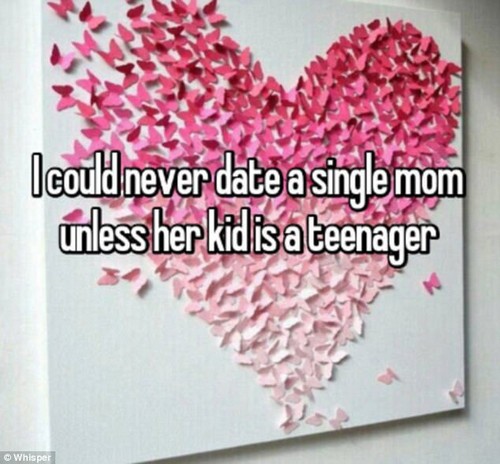 Grown up! This man doesn’t want a girlfriend who has very young children, only teenagers

Not ready! This man says he can’t take care of himself let alone someone else’s child

Not there yet! Admitting he’s not ready to be a father, this man won’t date single mothers yet

Too painful! This man didn’t want to get attached to a girlfriend’s kids in case they were to break up

Not for him! In a brutally honest confession this man said he didn’t want to raise someone else’s children

Stay out of it! Despite being a single parent himself this man didn’t want a mother to get involved with his daughter

Doing it his way! This man wanted to have children of his own and not raise someone else’s

Drama free! This man didn’t want to get involved with a single mum because of her baby’s real father being in the picture

Not a big spender! This man didn’t wan to spend lots of money raising someone else’s child 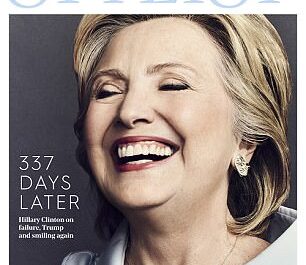