Mila Kunis and Ashton Kutcher aren’t planning to buy their kids any Christmas presents this year – or possibly ever.

Though the famous couple has plenty of money and their children are surely well taken care of, the two actors are making a conscious effort to ensure that the two tots don’t grow up to be spoiled or  ‘a**holes’.

To that end, Mila, 34, explained in a new interview with Entertainment Tonight, they are determined to ensure that Santa skips their house, in the hopes that their children do not grow used to receiving extravagant gifts each year. 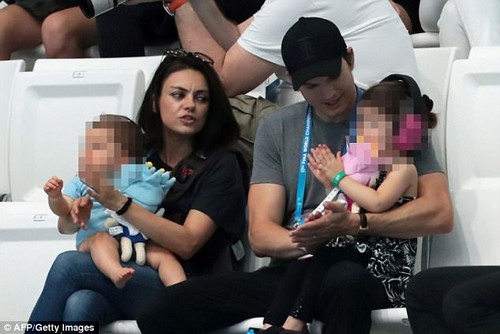 No spoiling here: Mila Kunis said she and her husband Ashton Kutcher are not giving their kids Christmas presents 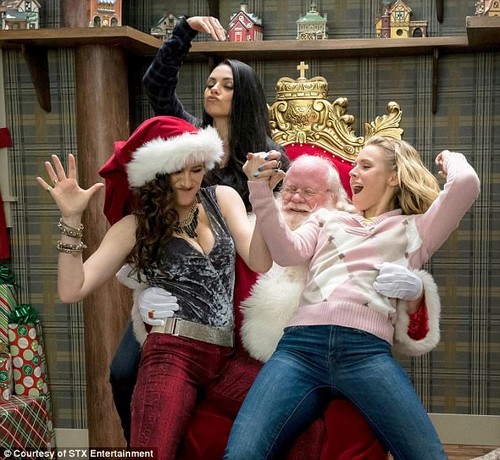 Mom told Santa to stay home! The 34-year-old, who stars in A Bad Moms Christmas, is Jewish but said she started celebrating a secular Christmas when she moved to the US

‘So far, our tradition is no presents for the kids,’ she said. ‘We’re instituting it this year, because when the kids are younger than one, it doesn’t really matter.

The couple’s daughter Wyatt, who just turned three, and son Dimitri, who turns one in November, did get gifts last year, courtesy of their grandparents, but Mila and Ashton, 39, decided they didn’t like it.

‘Last year when we celebrated Christmas, Wyatt was two and it was too much. We didn’t give her anything – it was the grandparents. The kid no longer appreciates the one gift. They don’t even know what they’re expecting; they’re just expecting stuff.’

So, not only are they sticking to their no-gifts rule, but they’re also asking the babies’ grandma and grandpas to chill out. 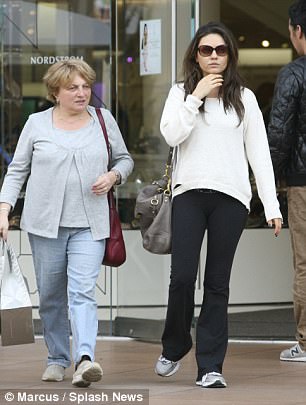 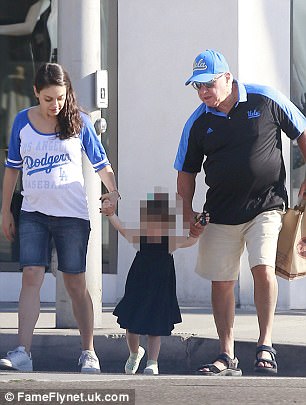 Enlisting the grandparents: She said they even asked their parents to limit to a single gift 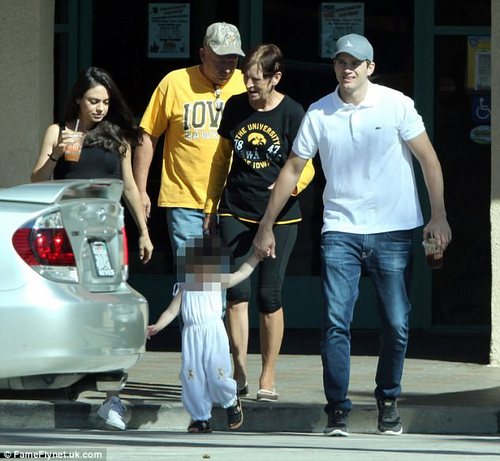 Raising them well: She and Ashton (pictured with his parents) don’t want their kids to be ‘a**holes’

‘We’ve told our parents, “We’re begging you – if you have to give her something, pick one gift. Otherwise, we’d like to take a charitable donation, to the Children’s Hospital or a pet or whatever you want.” That’s our new tradition.’

The former That ’70s Show castmates seem to hope that placing less importance on getting gifts will make their kids more appreciative.

‘Yeah, we’re not gonna raise a**holes. There’s enough a**holes in this world! We don’t need to contribute,’ she said.

Still, it’s hardly likely either Wyatt or Dimitri will want for much growing up in a house with two famous, wealthy parents.

Mila was one of the top-ten highest paid actresses in 2016, raking in an estimated $11 million thanks to movies like Bad Moms – and this holiday season, its sequel is coming out. 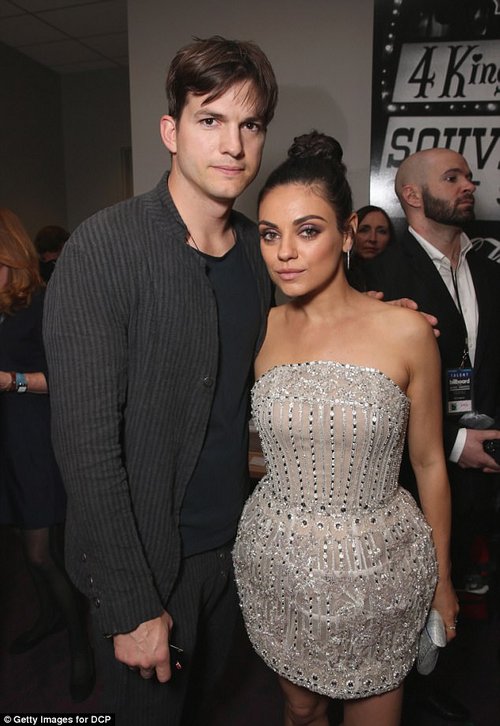 The pair have two children: Three-year-old Wyatt and Dimitri, who is about to turn two 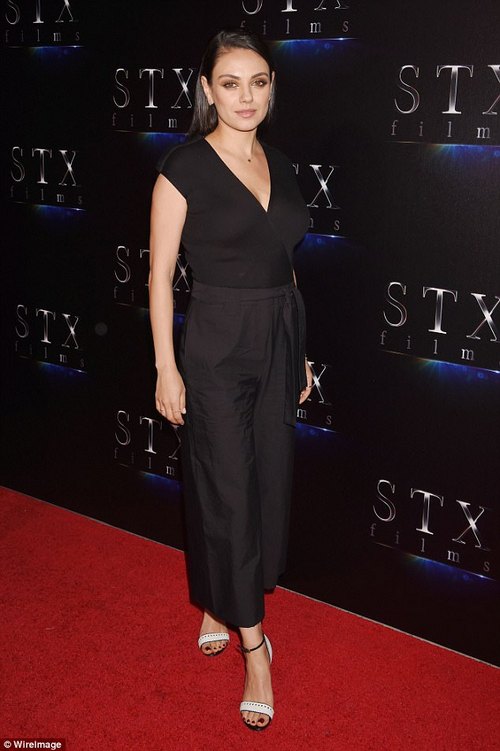 Rolling in it: The kids are certainly taken care of; Mila brought home $11 million last year

She also voices Meg Griffin on the popular animated series Family Guy, stars in a few films a year, and has an endorsement deal with Jim Beam.

Ashton, meanwhile dropped off the list of the highest-paid TV actors last year following the cancellation of Two and a Half Men – but in 2015, he still earned a cool $20 million.

He also makes bank as a venture capitalist, with investments in Skype, Foursquare, Airbnb, Fab.com, and several tech start-ups.

But while he and Mila may not be buying their kids the latest toys this holiday season, they’re still planning on celebrating it with family around – even though Mila is Jewish. 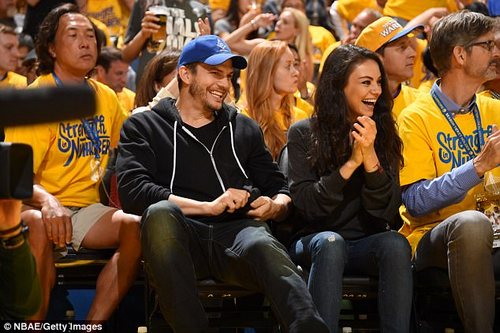 Cash money: Ashton, meanwhile, earned about $20 million in 2015; besides acting, he makes a lot of investments

‘I come from communist Russia, where you’re not allowed to be happy, so my holiday traditions are “be quiet”. Coming to America is when you realize Christmas has a magical quality to it,’ she said.

‘In Russia, back in the day, it was a very religious holiday, so you don’t celebrate Christmas if you’re not Christian and if you’re not at Mass.

‘So as far as tradition goes, my family’s big on any excuse to get the family together and get drunk. Whether it’s Easter, which we’ve now all accepted into our Jewish household, or Christmas, it doesn’t matter.

‘It’s all family time, but having kids, we’re building up our own little versions of tradition.’ 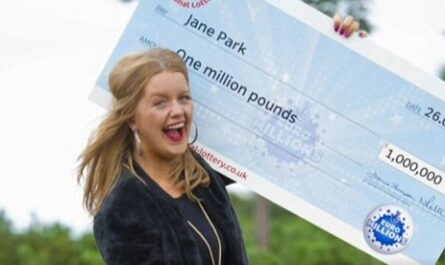 Vanita Parti reveals how she became a brow beauty pioneer