Onions are an essential kitchen ingredient, but chopping them up can often make us cry. And it turns out that the reason behind this odd phenomenon is because the vegetable causes dangerous sulfenic acid to form in our eyes, according to a scientist.

However the amount of acid caused by the chemical that the onion releases is so small that it only irritates our eyes, which is why we often cry when chopping them up, it’s said.

The fascinating explanation was provided by Coventry University senior lecturer in human nutrition Duane Mellor, who has also revealed why some varieties of onion make us cry more than others.

There are several methods of stopping yourself from tearing up when chopping onions, such as sticking a silver spoon in your mouth, but it’s debatable as to whether any of them work

Dr Mellor explained on The Conversation that onions make us cry because they produce a chemical called propanthial s-oxide, which is a defense mechanism to ward off pests.

But the chemical is volatile, which apparently means that once it’s released when it has been chopped up, it can quickly evaporate and dissolve in the water covering the surface of our eyes, he said.

The reaction with the water means that sulfenic acid is formed in a very small amount, which irritates our tear glands, he explained.

Dr Mellor explains that not all onions will make us cry, however.

There is plenty of scientific debate as to why this is the case, but one theory says that the pungency of an onion depends on how much sulphur the vegetable has absorbed from the soil it grew in.

The higher the sulphur content of the soil, the more likely to make us cry, the theory states.

Dr Mellor says that sweeter onions, such as red onions, don’t tend to make us cry as much as other types, as they have less of the compounds that produce the tear-inducing propanthial s-oxide.

And he explained that other vegetables in the same family, such as garlic, don’t make us cry because they contain different compounds that don’t break down to produce the chemical that makes us tear up.

Chefs apparently stop themselves from tearing up when chopping onions but using a very sharp knife to cause less damage to the walls of the vegetable, chill the onions before cutting them and run the air conditioning.

Why Mila Kunis isn’t getting her kids Christmas presents 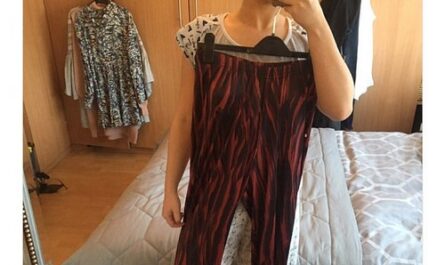