Fortnite may not cost a cent to download, but like many other free-to-play games, it offers various ways to spend real-world money, if you’re so inclined. Earlier this year, developer Epic began selling an Ace starter pack, and while that is no longer up for purchase in the game, a new pack has taken its place and offers a similar value.

The Summit Striker starter pack is now available from Fortnite’s in-game store on all platforms. It can only be purchased once per account, and like the aforementioned Ace pack, it costs $5 and comes with two new cosmetic items: the Summit Striker skin and the Top Notch back bling. You can see how both look in the image below. 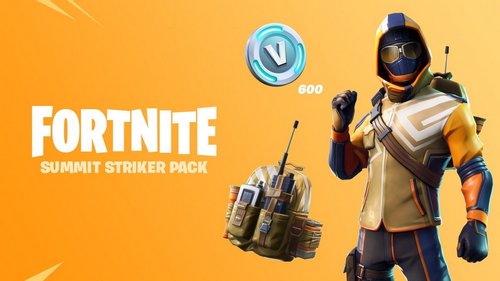 In addition to the cosmetics, the Summit Striker starter pack comes with 600 V-Bucks, which you can use toward cosmetics and other in-game purchases. Typically, V-Bucks can only be acquired either by playing Fortnite’s paid Save the World mode or purchasing them with money. However, the smallest increment you can buy gets you 1,000 V-Bucks for $10, which makes this starter pack a particularly good value, even if the included skin and back bling don’t appeal to you.

Epic has offered several different starter bundles for Fortnite this year, starting with the apply titled Starter Pack that came with the Rogue Agent outfit and the Catalyst back bling. That was subsequently replaced by the Ace Pack, which included the Ace Outfit and Swag Bag back bling to tie into the High Stakes event that was going on at the time. If history is any indication, the Summit Striker pack won’t be around for very long, so you’ll want to grab it while you can if you’re interested.

Epic recently rolled out Fortnite’s 6.22 update. It introduced a new weapon to Battle Royale-the Heavy Assault Rifle-and marked the start of two limited-time modes: the returning Blitz mode, and the new Team Terror. Beyond that, a set of NFL skins will be added to Fortnite’s in-game store starting November 9. 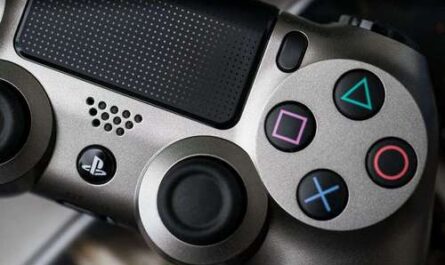 CS:GO YouTuber McSkillet Kills Himself and Two Others in Crash