Nintendo’s online subscription service for Switch has arrived, and along with online play and cloud save backups, one of the benefits it provides is access to NES – Nintendo Switch Online, a library of classic NES games exclusively for subscribers. There are 20 titles available in the library right now, with more to come every month, and they all feature modern amenities such as save states, HD resolution, and even online play. If you’re interested in trying out the latter, however, it may not be readily apparent how exactly to play NES games online with a friend.

If you subscribe to the Nintendo Switch Online service, you’ll be able to download the NES app from the Switch Eshop or Nintendo’s website for free. You’ll have unlimited access to this app for as long as your remain a subscriber, and the NES games can be played offline for up to seven days, but you’ll need to «check in» periodically to verify that you still have an active subscription. 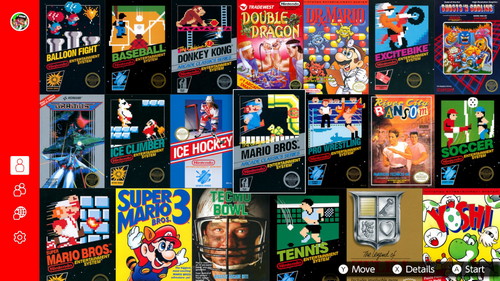 Once you’ve installed the NES app, you’ll be able to play any of the included NES games either solo or with another player. Many of the titles in the initial lineup feature a dedicated two-player mode, but some, such as The Legend of Zelda, only support one player; in these games, you and your friend will be able to share the same screen and switch between who is controlling the game at any time.

To set up an online session, you’ll first need to select the Play Online option from the left sidebar. Once you’ve chosen that, you’ll see the screen below, which displays a box of the players on your friends list who are playing the app online. Chances are the box will say it is unable to find a friend’s game session; if so, select the Play While You Wait option beneath the box, and one of your friends will then be able to join you. 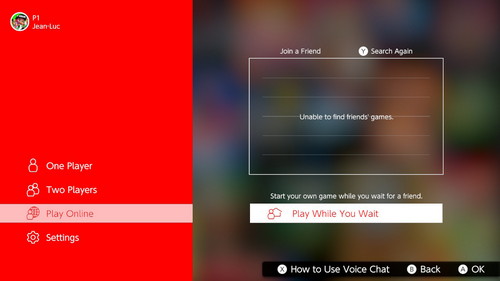 The user hosting the session will choose which games are played. If you select one that features a two-player mode, such as Dr. Mario or Super Mario Bros. 3, simply select that option and you’ll play together just as you would locally. In any game, you can also move the right control stick on the Switch Pro Controller (or the right Joy-Con’s control stick if you’re playing with a Joy-Con Grip) to bring up a hand cursor, which you can use to point things out to the other player or applaud by pressing the stick in.

Another benefit Nintendo Switch Online subscribers receive is access to special offers, such as a set of NES-style Joy-Con controllers that only members can purchase. The controllers can only be used to play the aforementioned NES games and don’t work in handheld mode, but they can be slotted into the sides of the console to recharge, just as regular Joy-Cons. Each set comes with two controllers and costs $60; if you’re a subscriber, you can pre-order the NES Joy-Cons now. 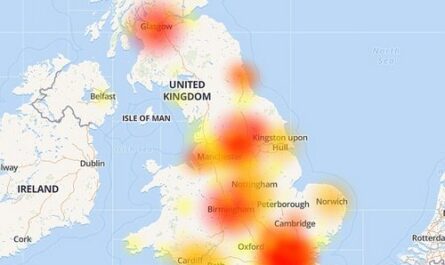 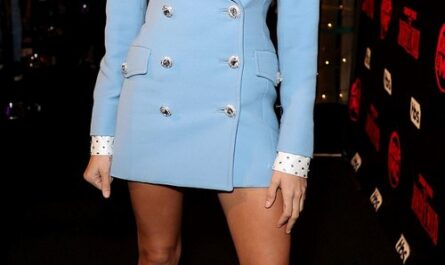