Whether or not you’re on board, Bethesda’s decision to make the next entry in the Fallout franchise an online-only game is bold. But just because it’s an online endeavor doesn’t mean you’re forced to play with others. Among all the questions I had about Fallout 76, the most important one that came to mind was: can the game work as a single-player experience? So, when the first beta launched, I played entirely as a one-man party. After about four hours of exploring, looting, and shooting, the foundation of Fallout seems readily apparent, albeit diluted. Of course, you’ll be missing out on an important aspect of Fallout 76 by going it alone, but its features that require a bit more patience make themselves clear. As a result, lone wanderers are likely to be rewarded in ways full parties may end up glossing over.

From both past experience in other games and watching my colleagues play Fallout 76 as a group, I understand there’s a tacit agreement to move at a rapid pace, going from one area or quest to another in search of action and high-level equipment. While that’s not exactly what the Fallout series has traditionally been about, it comes part-and-parcel to this style of game. That doesn’t leave much room for carefully listening to audio logs nor reading through notes left behind, let alone soaking in the environments in relation to those narrative pieces. Playing alone affords you the opportunity to do that. 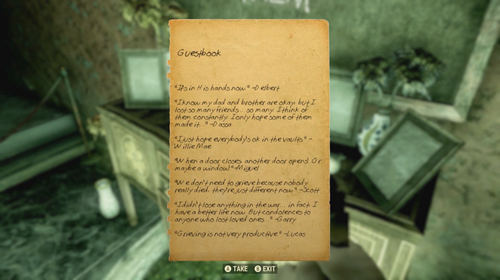 Environmental storytelling has become a bit of a cliche when describing how games embed a narrative in the actual game space. It’s an indirect approach to story, and one that Fallout 76 has to rely on given the absence of NPCs and dialogue trees. Audio logs serve to paint the picture of how townships tried, and failed, to survive the harsh wasteland while simultaneously being a guide through the game’s world and systems. Audio logs are also the crux of unraveling the mystery of Vault 76’s overseer-the seemingly «main» questline. It’s your avenue to understanding the past and present of West Virginia. Admittedly, these vary in quality in terms of how interesting they are, but they’re critical to worldbuilding.

The wonder of discovering and rummaging through a new location, or taking in the scenic views after trudging through brutal swaths of the wasteland, has an intrinsically rewarding feel.

We’ve seen other games use these narrative techniques in the past. Much of the original Bioshock was built on the premise of listening to recordings from Rapture’s citizens as you navigate the desolate underwater society. Some of the most impactful moments in The Last Of Us came from a series of handwritten notes that communicated the desperation and humanity in the face of a zombie outbreak. Fallout has used these elements in previous entries, but they matter now more than ever. 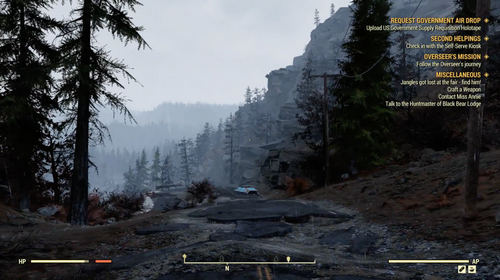