It is no secret I’m playing lots of MapleStory 2. My review is in progress, but what I can say now is this: It’s a wonderfully casual MMORPG that’s all too easy to spend four or so hours in at a time. 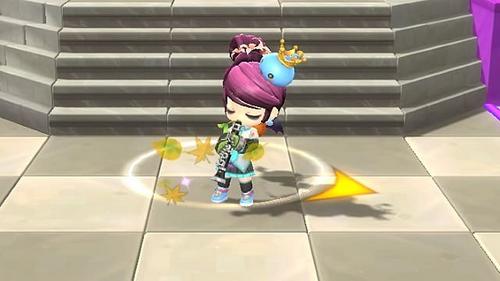 If you’re playing the game, it may come as no surprise that the game has already reached the one million downloads milestone. One trip to Tria or even doing the Halloween event quests will tell you that this game is packed. Absolutely packed.

God help you if you’re trying to get to Queenstown Channel 1 at peak times.

If you haven’t been playing MapleStory 2, it may come as a total surprise that the game is actually doing well. MapleStory‘s peak was, what, a decade ago?

Luckily, the sequel has turned out to be a completely different beast from the original game. Leveling is quick and easy, with your primary rewards as a player (outside of Epic Quests) coming from dungeon runs, playing minigames, and socializing in one form or another.

To celebrate the game’s success, Nexon is holding an event to help the current playerbase reach new heights. This event entails:

If you haven’t hit 60, it’s time to start exclusively doing Epic Quests. Those 500 Red Merets are too much to deny – I need them. You need them. We all need them.

I’ve been writing some guides for MapleStory 2; check out my OX Quiz cheat sheet if you’re sick of losing at the game’s least active minigame.