Set for release on November 20, Warframe will bring its fast-paced and kinetic gameplay to Nintendo’s portable console, marking the first time the game will be playable on the go. To put into perspective how much of an undertaking it is to rework Warframe for Switch, the online game receives updates and content drops on a regular basis.

Furthermore, the Switch release will launch with the game as it was prior to the Fortuna update-the largest expansion to date-offering 14 different planets to travel to, over 200 melee weapons and firearms to collect, more than 30 unique characters to level up and master, and an involved plot detailing the escalating war among different factions vying for control.

Warframe has grown from a modest free-to-play experiment that was very much a work in progress to a remarkably impressive online game with an ever-growing fan-base. Since its launch in 2013, the action-RPG starring «Space Ninjas» slashing and shooting across the universe has evolved in a big way after its many expansions, giving players more ways to customize their characters and partner up in different scenarios-including open world settings-to take on the toughest challenges in the game.

Out now on PC, PS4, and Xbox One, developer Digital Extremes and along with Switch port veterans Panic Button Games, have now set their sights on their most ambitious project to date-a port of the massive game for Nintendo Switch.

Diving into Warframe for the first time can be daunting, but once you get into the swing of it you’ll find a game that offers a lot of variety and involved systems-something akin to the power grind and gameplay found in Bungie’s Destiny. We recently tried out the Switch version of Warframe ahead of its launch and came away pleased with how faithful it was to the previous releases of the game, which was certainly a tall order in its own right.

As one of the console’s few online-only games (putting it in the same company as the immensely popular Fortnite), Warframe will find a new audience on the mobile console. Like Fortnite, Warframe is a games-as-a-service title with its own of set of unique features and in-game purchases and won’t require players to have access Nintendo Online.

One of the biggest challenges that Digital Extremes had to overcome was not only bringing the scale of Warframe to the Switch, but also figuring out how to translate its fast action and crisp graphical fidelity to a more modest platform. Digital Extremes teamed up with Panic Button Games, the same studio behind the solid Switch ports of Doom (2016) and Wolfenstein 2: The New Colossus, and the two developers worked extensively over the last year to make sure the next port of the game could stand up alongside the versions. Speaking with GameSpot, Digital Extremes producer Mark Ollivierre and Panic Button Games’ Studio GM Adam Creighton described the process of porting the game.

«All the games we’ve worked on are a little different, so they come with different challenges. Whether it’s Doom or Wolfenstein 2 or even Warframe,» said Creighton. «This is the first always-online game-as-a-service title that we’ve done for the platform, and it’s definitely something we wanted to do. That’s part of why there was a mutual interest on the Digital Extremes and the Panic Button side to do this. Because for me, I’m a portfolio person, this is very much where I see a big chunk of games going. Before we talked to Digital Extremes folks, this was a title that I enjoyed, wanted to be part of it, and I’d look at as kind of that epitome of a triple-A, free-to-play title.»

If you’re familiar with the feel and playstyle of the console editions of Warframe, you’ll be able to pick up the Switch version easily. However, some clear concessions were made to ensure the game was in stable shape for the portable hardware. While other versions run at a consistent 60 FPS, the Switch port performs at a mostly stable 30 FPS and at 720p. Swapping between docked and undocked modes is simple and painless, and there isn’t much difference in performance between the two-which is impressive. However, some occasional dips in frame-rate during the more intense encounters can occur, particularly when multiple players use their powers and weapons simultaneously.

With that said, the Switch version still does a solid job of keeping up with the action, while also highlighting the strengths of the console. There are surprisingly in-depth controller options that take advantage of the Switch’s myriad play styles with the JoyCons, along with controller sensitivity options to tune the feel of the game to your liking. The Switch version also features motion-control functionality for actions such as fishing, shooting your firearms, and using other tools in-game. Having said that, the Pro Controller still feels like the optimal way to play the game.

The Switch will also features integrated voice-chat, allowing party members to communicate with each other in-game without the need for the Nintendo Switch Online mobile app. If you’re a seasoned player, then you can import your account over to the Switch, which will be available to players during the launch window of the game. The Switch version will exist independently within its own ecosystem of players, though, and there are no plans for cross-play with other versions at this time.

During the development of the port, Digital Extreme and Panic Button got a chance to re-examine the internal workings of the game’s code. While they acknowledge the technical changes between the different releases, they stated that the primary focus of the Switch release was to ensure that it could run at a solid frame-rate and keep all the action fluid and fast. In an interesting turn of events, the collaboration between Digital Extremes and Panic Button Games on the Switch release also led to some unexpected improvements for the PC, PS4, and Xbox One versions of the game.

«Considering the pace that we developed Warframe, we kind of develop a new system, and almost immediately move onto the next update,» said Ollivierre. «So we don’t always have the luxury to kind of step back and re-examine through old code to see if we can rediscover something. So having Panic Button come in and kind of run a fine-toothed comb through everything, through all the systems in its entirety, definitely exposed a couple sore spots and helped us massage those out, and implement them and improve the overall game across all of our platforms.

At launch, the Switch version of Warframe will offer a lot of content for players to dive into. Unfortunately, it won’t have the recent Fortuna update, which added in the second open-world map and a new hoverboard traversal tool. Currently, the developers plan to release it on Switch sometime in January 2019. Still, the amount of content offered with Warframe on Switch is impressive, and the hardware manages to handle it well. Some of Warframe’s best moments occur when you come up with nuanced approaches to traversal and combat, chaining different jumps, glides, and wall-runs together to swoop in on enemies for a quick kill with your immense arsenal of weapons and skills-and that’s still true on Switch.

There’s really no other game on the Switch like Warframe. Though it’s often been seen as the «Destiny» before Destiny, it certainly goes out of its ways to offer up options and different adventures for players, all of which give off this unique flavor that makes it stand out online action games. It’s one of those games that’s gotten better with age, and with the amount of content that’s still on the way, Warframe on Switch will likely be a solid gateway for those craving an involved action-RPG to dive into. 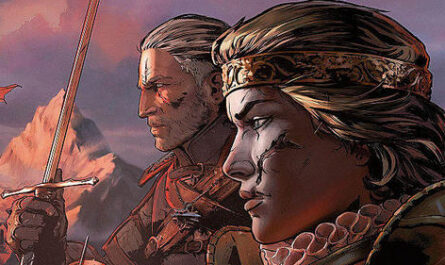 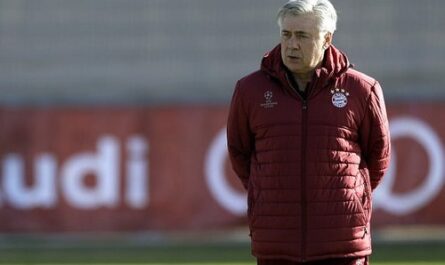