Pokemon Ultra Sun and Ultra Moon launched for 3DS back in November, marking the mainline series’ swan song on Nintendo’s dual-screen handheld. As it did for the original Sun and Moon versions, The Pokemon Company is continuing to support the pair in the months following their release with free items and Pokemon. The company has a lot of giveaways lined up for 2018, which it has dubbed the Year of Legendary Pokemon, though those certainly won’t be the only freebies players can expect to find this year.

We’ve rounded up all of the free distributions currently running for Pokemon Ultra Sun and Ultra Moon below, many of which are also open to Sun and Moon players. We’ll be updating this list as more giveaways are announced, so check back often to see what free items and Pokemon you can get. In the meantime, you can learn more about the latest Pokemon games in our rundown of everything new in Pokemon Ultra Sun And Ultra Moon. We also break down the differences between Ultra Sun and Ultra Moon, if you’re still unsure of which version to pick up.

The Johto Legendaries Lugia and Ho-Oh are the final giveaways as part of the Year of Legendary Pokemon. Once again, players in the US will need to travel to a GameStop store to pick up a free download code for the Pokemon, and the one you receive depends on which version you’re playing: those with Sun or Ultra Sun will get Lugia, while Moon or Ultra Moon players will receive Ho-Oh. 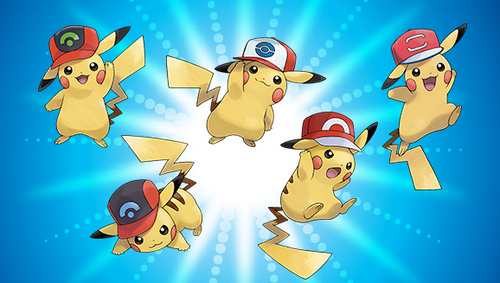 From November 9-30, players can get five different version’s of Ash’s Pikachu for free in Pokemon Ultra Sun and Ultra Moon. Each Pikachu sports one of the different hats that Ash Ketchum has worn throughout the Pokemon anime and comes with a slightly different moveset that reflects the attacks it knew at that point in the series. All five are up for grabs via Mystery Gift; you can find the codes you need to input for each one here.

Unlike most other gift Pokemon, the Mythical Steel/Fairy-type, Magearna, is not available through the Mystery Gift feature, but via a QR code, which is compatible with Sun, Moon, Ultra Sun, and Ultra Moon. After defeating the Elite Four and completing the main story, you can use the QR Scanner to scan the code below. Once you’ve done that, visit the Antiques shop in Hau’oli City and pick your Magearna up from the deliveryman waiting there.

Kicking off the Year of Legendary Pokemon are the Space and Time Pokemon, Palkia and Dialga. The two are being distributed in the US at GameStop from February 2-28, while UK residents can pick them up from participating Game stores. The Legendary you receive will depend on which version you have: players with either Sun or Ultra Sun receive Palkia, while those playing either Moon or Ultra Moon get Dialga. You’ll need to redeem your download code by May 23 to claim the Legendaries.

The Year of Legendary Pokemon continues with another pair of Legendaries originally from Pokemon Diamond and Pearl: Regigigas and Heatran. As before, the Pokemon you receive will depend on which seventh generation title you’re playing: Sun and Ultra Sun players will get Regigigas, while those with a copy of Moon or Ultra Moon will receive Heatran.

Unlike the Dialga and Palkia distribution, The Pokemon Company is giving away the download code for Regigigas and Heatran in the March Pokemon Trainer Club newsletter, so you’ll need to create a free Trainer Club Account here and opt-in to the newsletter before March 1 in order to get the code.

The Johto Legendary dogs Entei and Raikou are April’s free gift for Pokemon players. The Pokemon are being distributed in the US via a free download code from participating Target stores, and as before, the Legendary you receive depends on which version you’re playing: those with Sun or Ultra Sun will get Entei, while Moon and Ultra Moon players will receive Raikou. In Europe, the Legendaries are being distributed as a free online Mystery Gift until April 25.

Pokemon X and Y’s cover monsters, Xerneas and Yveltal, are the free Legendary Pokemon available in May. From May 4-27, US players can snag a download code for the monsters at no charge from GameStop stores, while those in the UK can grab one from Game. As usual, the Legendary you receive depends on which version you’re playing: Sun and Ultra Sun players will get Yveltal, while Moon and Ultra Moon players will end up with Xerneas.

The Kalos Legendary Zygarde is June’s free Pokemon. Regardless of which game you own, you’ll get the Order Pokemon, although its moveset will differ depending upon which version you’re playing. What makes this particular Zygarde special is that it’s a Shiny. Players in the US can pick up a free download code for the Legendary at GameStop from June 1-24, while those in Europe and Australia can get it via Mystery Gift over the Nintendo Network.

Tornadus and Thundurus from Pokemon Black and White are July’s free Legendary Pokemon, and as usual, the one you receive will depend on which version you’re playing. Those with a copy of Sun or Ultra Sun will get Thundurus, while players who have Moon or Ultra Moon will receive Tornadus. To get the Legendaries, US residents will need to pick up a free download code at Target stores from July 13-28, while players in Europe can download the Pokemon over the Nintendo Network via Mystery Gift.

The cover monsters of Pokemon Ruby and Sapphire, Groudon and Kyogre, are the two free Legendaries available in August. In the US, the Pokemon are being distributed via a free download code, which can be picked up at a participating GameStop store from August 3-26. As with previous giveaways, the Legendary you receive depends on which version you own; those with Sun or Ultra Sun will get Kyogre, while players who have Moon or Ultra Moon will get Groudon.

Players who purchase either Pokemon Gold or Silver from the 3DS Eshop by September 21, 2018 will receive a bonus download code for the Mythical Pokemon Celebi. The code can be redeemed in Pokemon Sun, Moon, Ultra Sun, or Ultra Moon. We’ve outlined the steps you need to take to find and redeem the code here.

September’s freebies are the twin Eon Pokemon, Latios and Latias. Once again, the Legendaries are being distributed in the US at a specific retailer-this time Best Buy-from September 2-29, and the Pokemon you get depends on which version you own: Sun and Ultra Sun players will receive the more defensive Latias, while Moon and Ultra Moon players will get the more attack-oriented Latios. Players in Europe and Australia can download the Legendaries from the Nintendo Network until September 23.

To celebrate the release of Pokemon TCG’s new Dragon Majesty expansion, The Pokemon Company is giving away a Shiny Poipole for a limited time. US players will be able to pick up a download code at GameStop stores from September 17 – October 7, while those in the UK can grab one at Smyths until October 15. Unlike a typical Poipole, this one is white and gold, and it already comes with Dragon Pulse, the move it needs to know in order to evolve into Naganadel.

Pokemon Black and White’s cover monsters, Reshiram and Zekrom, are the free Legendaries up for grabs during the month of October. Players who live in the US will need to pick up a download code from them at the electronics section of participating Target stores from October 19-28, while those in Europe and Australia can download them over the Nintendo Network from October 5-21. If you have a copy of Sun or Ultra Sun, you’ll receive Zekrom, while those with Moon or Ultra Moon will get Reshiram.

Players who have a Pokemon Bank account can receive the final forms of all three Alola starters-Decidueye, Incineroar, and Primarina-as a free bonus for using the cloud storage service. What sets these three Pokemon apart from the ones you can obtain in-game is that they each come with their Hidden Abilities, which aren’t typically available through normal play. You’ll receive a notification about the gifts the next time you access Pokemon Bank, and they can be picked up in your game of choice from the deliveryman waiting in any Pokemon Center.

Players will have their first chance to get Zeraora, the new Mythical Pokemon debuting in Pokemon the Movie: The Power of Us, from October 19 – November 9. The Thunderclap Pokemon is being distributed via a download code at various retailers; those in the US can pick up a code at GameStop, while UK residents will be able to get one at Game stores. The Pokemon is level 50 and comes equipped with an Air Balloon, which allows it to avoid Ground-type attacks during battle until the balloon is popped. 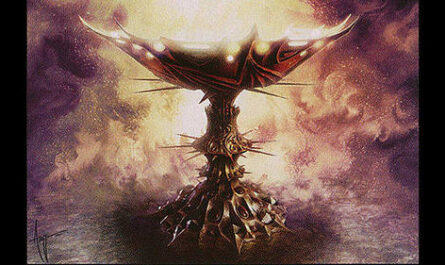 The Gathering-Personalities Play For Charity 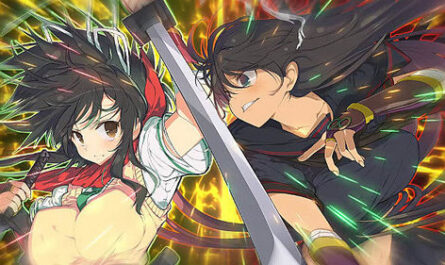