The ESA-the company that organizes E3-has shared the first details about E3 2019, and Sony will not have a presence there. The publisher is notably absent from the list of companies that have already committed to the event, among them its biggest console competitors, Microsoft and Nintendo, as well as other major publishers like Take-Two, Ubisoft, Activision, and more.

Since its inception more than 20 years ago, the Electronic Entertainment Expo has traditionally been the biggest gaming event of the year. The industry’s major players, Sony, Microsoft, and Nintendo, have all had a regular presence at the show, but it appears Sony won’t be a part of next year’s event.

Sony has confirmed it plans to skip next year’s E3. «As the industry evolves, Sony Interactive Entertainment continues to look for inventive opportunities to engage the community,» the company said in a statement to GameSpot. «PlayStation fans mean the world to us and we always want to innovate, think differently and experiment with new ways to delight gamers. As a result, we have decided not to participate in E3 in 2019. We are exploring new and familiar ways to engage our community in 2019 and can’t wait to share our plans with you.»

This will mark the first time Sony has opted to skip E3 since it entered the video game business in the mid-90s, although other companies have similarly begun to reevaluate their E3 showings in recent years. Microsoft notably moved nearly its entire presence offsite to the Microsoft Theater for E3 2018, with only Mixer present on the showfloor, while Nintendo has forgone live press conferences in favor of pre-recorded video presentations for the past several years. Sony, too, tried something different with its E3 2018 showing by focusing primarily on four of its upcoming games and presenting them through a «guided experience,» which garnered a mixed reaction from viewers.

The ESA’s E3 2019 announcement also included positive remarks from both Microsoft and Nintendo.

«E3 is an outstanding opportunity for us to share new games and experiences with fans and business partners from across the globe,» said Nintendo of America president Reggie Fils-Aime. «Every year, we discuss what will be the best way for us to take advantage of the next E3 show in order to bring smiles to people’s faces.»

«E3 is an incredible platform to showcase the vibrancy and creativity of the video game industry,» said Xbox boss Phil Spencer. «The ESA continues to expand the event’s reach to fans and the industry, both in attendance and online, and we look forward to what’s ahead at E3 2019.»

Despite opting out of next year’s E3, Sony doesn’t appear to have cut its ties with the ESA. The company is still listed as a member on the ESA’s website, so it is still paying membership fees and supporting the organization in that way.

E3 2019 isn’t the only major event Sony is skipping. The company recently confirmed it will not host its annual PlayStation Experience this year. «We won’t have it in the States this year,» worldwide studios head Shawn Layden revealed on the PlayStation Blogcast. «Now that we have Spider-Man out the door, we’re looking down into 2019 games like Dreams and Days Gone. But we wouldn’t have enough to bring people all together in North America to have that event. We don’t want to set expectations really high and then not deliver on that. It was a hard decision, but we have determined that this year we will not hold PlayStation Experience.»

While video game companies may be rethinking their traditional approach to E3, the expo continues to be a major event. «E3 2018 broke records, and we sold out of both exhibit space and attendee badges,» Stanley Pierre-Louis, interim CEO of ESA, said. «We are confident that, through the continued creative innovations delivered by our participating member companies, E3 2019 will deliver the same kind of excitement and energy. This year, we’re looking forward to expanding E3 beyond the walls of the LACC and connecting gamers and attendees with incredible video game content throughout the entire LA Live complex.»

E3 2019 takes place June 11-13. It is notably the final show confirmed for the Los Angeles Convention Center-the venue it has traditionally been held in for much of its history. Former ESA CEO Michael Gallagher had previously said the organization may pursue other options if the LACC does not modernize and upgrade the facility. 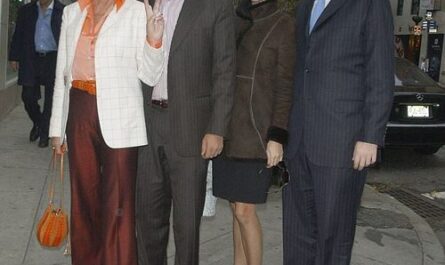