Reforged features remodeled characters and animations, as well as remastered maps and campaigns. The UI and world editor have also both been upgraded, and Reforged features 4K support. A Spoils of War edition-that unlocks special in-game content for Diablo III, Hearthstone: Heroes of Warcraft, Heroes of the Storm, and World of Warcraft-is now available for pre-order.

Blizzard senior producer Pete Stilwell has revealed that there are currently no plans to develop Warcraft IV. However, a sequel to Blizzard’s acclaimed real-time strategy series is possible, and the BlizzCon 2018 announcement of Warcraft III: Reforged proves the developer hasn’t completely abandoned the series.

«I mean, I wouldn’t rule anything out, but we don’t have any plans around [Warcraft IV] at this point. Getting [Warcraft III: Reforged] right, I think, is our priority first and foremost,» Stilwell told GameSpot in an interview. Reforged, a remaster of Warcraft III: Reign of Chaos and its The Frozen Throne expansion, aims to appeal to fans of the franchise’s earlier real-time strategy days. Stilwell’s words reinforce what Starcraft II: Legacy of the Void producer Tim Morten had to say about Warcraft’s future.

Warcraft III first released in July 2002, about two years before the debut of the massive-multiplayer online role-playing game World of Warcraft. Other than a few Warcraft-themed additions in Heroes of the Storm, fans of the real-time strategy series haven’t seen any major announcements since the release of 2003’s The Frozen Throne. It looks like they’ll have to wait a little longer for any possibility of Warcraft IV. 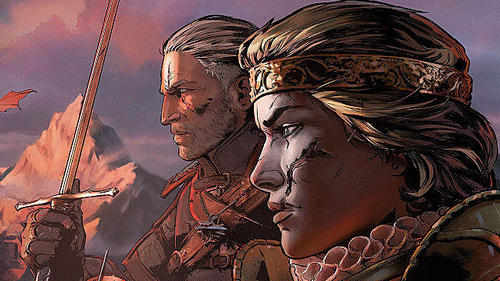