To say that Diablo Immortal made a big impression on fans at BlizzCon 2018 would be putting it mildly. While it isn’t the kind of Diablo many were expecting, the upcoming action-RPG brings the traditional loot-oriented hack-and-slash gameplay to mobile devices, giving players another way to play the series on-the-go. While the mobile game looks and plays very similarly to the console editions of Diablo 3, Immortal focuses a bit more on offering quick dungeon-crawler gameplay in bite-sized form with many other players online.

At BlizzCon 2018, we spent some time diving into the game and spoke with designer Wyatt Cheng about the making of Immortal-made in collaboration with NetEase Games. As the first mobile exclusive game of the series, it uses a touch-screen interface for movement and combat, while also placing a larger focus on teaming up with other players. The announcement was largely met with a negative response from fans, many of whom were expecting the reveal of the next core entry in the series. Despite this, the developers aim for Immortal to flesh out the lore of Diablo lore, while standing equally alongside the other games. 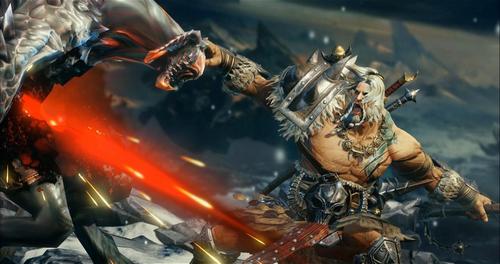 Interestingly enough, Immortal is set during the twenty year gap between Diablo 2 and 3, showing what many familiar heroes and villains were up to during the time before the latest core entry of the series. Pulling together six familiar heroes-the Barbarian, Crusader, Demon Hunter, Monk, Wizard, and the Necromancer-you’ll be able to piece together the events that happened during the unknown period after Diablo 2. In our chat with the development team, they spoke about the current reception the game has had, while also elaborating a bit more on what they find is appealing about Immortal.

«We were looking at this 20 year period in between Diablo II, Lord of Destruction, and Diablo III, and we said, «All these events happened, so we should take a look at creating a game that explores that space in time,» Cheng said. «We like to say that it’s like Star Wars: Rogue One, which is an amazing movie. That movie takes place in between three and four, but it can be watched as a movie on its own. And it’s a great movie on its own. But then if you know the lore of three and four, you’re like, «Oh my goodness, this happened and that happened, and that’s Vader, and whoa,» and it completes the picture for you.»

During the 15-minute demo on-hand at BlizzCon, we got a stronger sense of what Immortal aims to offer. When it comes to gameplay, the mobile title is very much in-line with previous Diablo games-albeit with a more streamlined approach. Though its focus is still very much on the loot grind and building up your chosen character, there’s more of an emphasis on online gameplay. Though the developers refer to it as an MMO, we only got a limited glimpse of that, which felt similar to a standard online game of Diablo 3. In the full game, towns will be massive player hubs to interact with others, get new quests, and with dungeons allowing for up to four players to team up. Immortal will also have live-service model upon launch, which will add new content on a scheduled basis. But at this time, the developers weren’t able to share any further details about it, or even if Immortal will be free-to-play or a paid title. 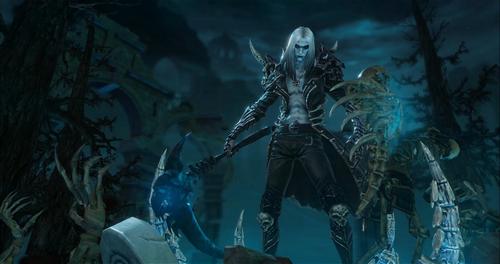 As is the case for bringing a well-loved game series to mobile, there’s usually some initial apprehension. I certainly felt that when trying to figure out how the rather involved mechanics of character growth and loot would function on a touch interface. With that said, Immortal felt pretty smooth after spending some time adjusting. Movement is controlled via the left side of the screen, while skills are all placed on the right side-which can be aimed and controlled by dragging to a particular area on the screen. Picking up loot and activating objects in the environment are entirely contextual, allowing you to tap the screen to interact with them.

While Immortal is a more simplified take on the slash-and-grab mechanics of previous games-dropping the mana resource in favor of skills cooldowns, for instance-it still very much retains all the familiar and core mechanics of a Diablo game. I actually found myself enjoying the game much more than I thought I would, which surprised me. With recent advances in mobile tech, Immortal appears visually similar to the Switch release, which is impressive. The developers were keen on trying out something a bit different with the series, and they felt mobile was the next big step.

«We really rely on people here at BlizzCon who can play the demo,» said the game designer. «Because I think, Chris Metzen mentioned it in our first panel, he’s like, ‘When I first heard about the project I was skeptical.’ And I think that’s reasonable in today’s world, our modern world, to be a little skeptical. But then for the people who play it, if they can go out and say, ‘No, no, no, seriously, guys. I was at BlizzCon. I played the demo. It was awesome.’ Hopefully that word of mouth spreads.» 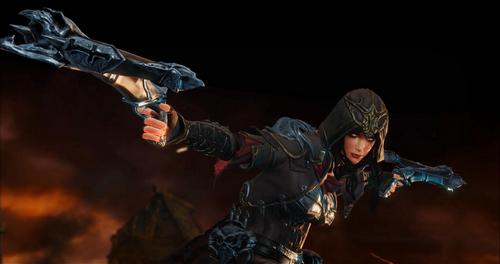 There’s still much we don’t know about Diablo Immortal, and at this time, that certainly feels like it’s working against it. The first impression it made at BlizzCon wasn’t a great one, and that will likely continue until more details specifics on the game are revealed. With that said, Immortal has translated the core framework and mechanics down to mobile devices in an impressive way. While it certainly isn’t Diablo 4, it’s also clear that it’s not trying to be. I don’t see it as a true replacement for Diablo 3-the recent Switch version will keep me from doing that for sometime-but I can see myself playing this game during my usual downtime. I was surprisingly pleased with how Immortal played, and it’ll be interesting to see how the game will pan out once it launches in 2019.

For more info about all the content from BlizzCon 2018, including the trailer for Overwatch’s new character Ashe, and the reveal of Warcraft III: Reforged, be sure to check out GameSpot for more coverage. 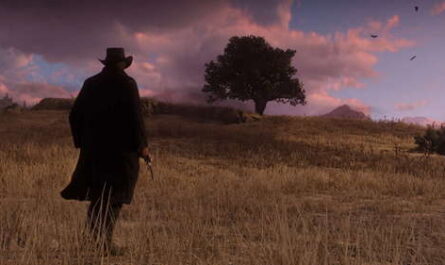 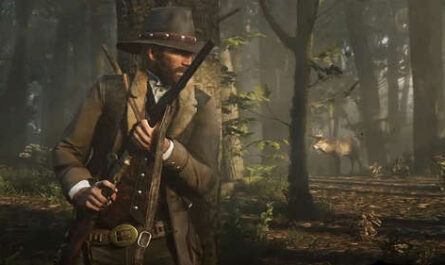