That’s only a small sample of the games coming out in November 2018. You can see all of the biggest releases on the way for each platform this month below. For a broader look at all of the other titles out this year, be sure to check out our complete list of game release dates in 2018.

It’s hard to believe, but 2018 is winding to a close. November is now underway, and while many of the year’s biggest releases arrived back in October, there are still a number of major games in store for PS4, Xbox One, PC, and Switch this month, from the latest entries in the Battlfield and Fallout franchises to the first pair of Pokemon RPGs for Nintendo’s hybrid console.

On top of all the new titles, a handful of notable re-releases are set to arrive this month as well, among them the Spyro Reignited Trilogy, which collects and remasters all of Spyro’s PS1 adventures into one package. Blizzard’s acclaimed dungeon crawler Diablo III also arrived on Switch, marking the developer’s first release on a Nintendo system in over 15 years.

Following the success of last year’s Crash Bandicoot N Sane Trilogy, Activision is dusting off another PlayStation 1 icon with the Spyro Reignited Trilogy. Developed by Skylanders studio Toys for Bob, the collection launches for PS4 and Xbox One on November 13 and features all three of Spyro’s PS1 adventures-Spyro the Dragon, Spyro 2: Ripto’s Rage, and Spyro: Year of the Dragon-all of which have received a significant audio and visual overhaul. The games also give you the option to choose between their new remastered soundtracks and the original ones if you ever get the urge to listen to the old tracks. 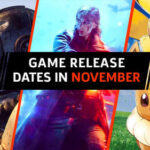 Fallout 76, the latest installment in Bethesda’s post-apocalyptic RPG series, arrives on PS4, Xbox One, and PC on November 14, and it takes the traditionally single-player franchise into entirely new territory: multiplayer. Unlike previous games in the series, Fallout 76 is an online-only RPG with no NPCs; rather, every human character you come across as you explore the irradiated wastes of West Virginia is another player, and your best hope for gathering resources and surviving against the hulking mutant creatures roaming about is to band together with others, making for a very different kind of RPG than the series is known for.

The Pokemon series makes its proper Nintendo Switch debut this month with Pokemon: Let’s Go Pikachu and Let’s Go Eevee. A reimagining of the classic Pokemon Yellow version for Game Boy, the Let’s Go titles take players back to the Kanto region, where they’ll face off against new and familiar trainers on a quest to capture the original 151 Pokemon and become Pokemon League Champion. The games also diverge in some dramatic ways, most notably by incorporating the capture mechanics from Pokemon Go and introducing new attacks, as well as an entirely new Mythical Pokemon named Meltan.

EA’s Battlefield series returns to the conflicts of World War II with its latest installment, Battlefield V. Originally slated to launch back in October, the military shooter arrives on PS4, Xbox One, and PC on November 20 with a variety of maps and modes from the outset, and even more free content following in the months after its release as part of the Tides of War service. That includes new War Story missions and the battle royale-style Firestorm mode, in which 64 players divided into teams of four vie to be the last one standing on an ever-shrinking battlefield. Those who pick up the game during its launch week will also receive two free items.

How To Skydive Through Floating Rings 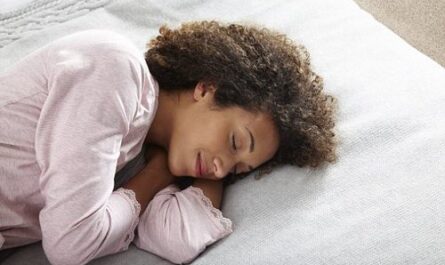