Epic Games has addressed feedback for Fortnite’s newly released Infinity Blade. This Mythic weapon has the privilege of being the first sword in the wildly popular battle royale title, but its arrival has impacted the game in a way many Fortnite fans haven’t appreciated. Not only is it incredibly powerful, but most players are now entirely focused on getting it, which in turn disrupts the competitive nature of the game. 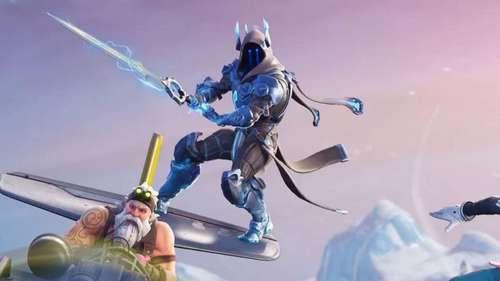 Responding to the feedback on Reddit, Epic explained that Mythical items like the Infinity Blade, and the Infinity Gauntlet that turned players into Marvel villain Thanos, deliver a unique kind of interaction in the game.

«The presence of Mythic items in gameplay is to provide an interaction a step above the Legendary item functionality and something you’ll continue to see,» the studio said. «To us, that means changing the way the game is played for those who interact with that item. The addition of items in this tier provide new and flavorful ways to interact with the map and generally shake up normal play across default modes.»

As of yet there’s no word on when this change will be implemented, but Epic has promised to continue monitoring how the Blade functions in-game and make further adjustments as required. It has also said it plans to provide more information on its competitive philosophy as it relates to new items, updates, and seasons in Fortnite early next week.

The Infinity Blade was introduced into Fortnite on December 13, the same day that Epic removed all entries in its Infinity Blade mobile game series from the Apple App Store.

Fortnite is now in the second week of Season 7, which means there’s new challenges to complete. While the majority of the new challenges are straightforward, there are a couple of tricky ones too. You can use our Fortnite Season 7 challenge guide to get help with them, as well as the challenges from week one.