Bethesda has released another big update for Fallout 76. The latest patch weighs in at around 5 GB on PS4 and Xbox One and 3 GB on PC, and it introduces some notable CAMP improvements and SPECIAL respeccing to the game, along with a litany of bug fixes across all platforms. 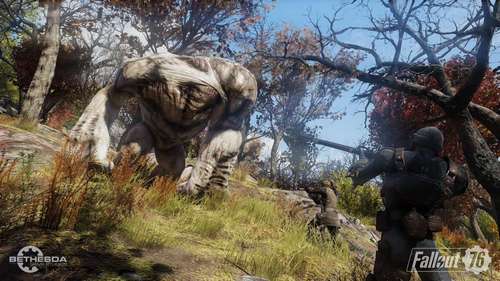 Foremost, the new update makes it so that small obstructions, such as rocks and small trees, will automatically be cleared out when you build CAMP items near or on top of them. Additionally, Epic has implemented a notification system that will let you know when you log in if your CAMP location is occupied by another player. If you decide to stay in that session, Bethesda says you’ll be able to place your CAMP somewhere else for free. If you opt to join a different session, your CAMP will automatically appear in its original spot if it is unoccupied.

Beyond the CAMP improvements, the new update allows you to respec your SPECIAL once you reach level 51. At that point, you’ll have the option to either unlock a new Perk Card or reallocate one SPECIAL point each time you level up. Bethesda has also added new display options for the PC version, specifically 21:9 resolution support and field of view and depth of field sliders.

Rounding out the latest update is a handful of balance tweaks, as well as a long list of bug fixes. Among other things, the Scorchbeast Queen will now land on the ground more often than before. Super Mutants will also drop gunpowder less frequently, while.308 ammo will now drop in stacks of one to five. You can find the full patch notes on Bethesda’s website; we’ve also included a selection of them below.

Bethesda plans to release at least one more update for Fallout 76 before the year wraps up. As the developer previously outlined, it is aiming to deploy another patch around December 18, which will «focus on stability and other concerns raised by the community.» Then, beginning in early 2019, Bethesda will kick off «a variety of in-game events» in Fallout 76. Each one will be different and will feature some sort of «interesting twist» on the typical Fallout 76 gameplay.