A new Legendary Pokemon has arrived in Pokemon Go. Heatran, another rare monster originally from the series’ fourth-generation titles, Pokemon Diamond and Pearl, has begun appearing in Raid Battles around the world following Cresselia’s departure, and it’ll remain as a Raid boss until January 15. 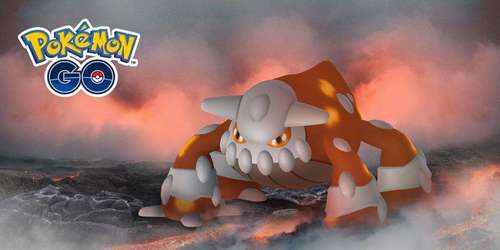 As usual, in order to catch Heatran, you’ll first need to visit a Gym where a Heatran Raid is taking place, then team up with other players to battle the Legendary Pokemon. Once Heatran has been defeated, you’ll be rewarded with a handful of Premiere Balls along with an opportunity to capture the Legendary.

Heatran is unique in that it is the only Fire- and Steel-type Pokemon in the entire series. This type combination gives it a resistance to Dragon and Psychic attacks, but it also makes the Pokemon very susceptible to Ground-types like Rhyperior and Groudon. Water and Fighting Pokemon such as Kyogre, Swampert, and Machamp will also be effective against the Legendary.

Heatran’s arrival also coincides with the start of Pokemon Go’s third annual holiday event. From now until January 2, Ice-type Pokemon will spawn more frequently in the wild, and players will have another chance to catch Delibird and Santa hat Pikachu. Niantic is also offering different bonuses every few days throughout the event; from now until December 22, for instance, players will receive twice the usual amount of Stardust for catching Pokemon.