The beta for Red Dead Online is out, and it introduces several new multiplayer modes for players to try out. One of the new additions, titled Make it Count, is Red Dead Redemption 2’s take on a battle royale mode. 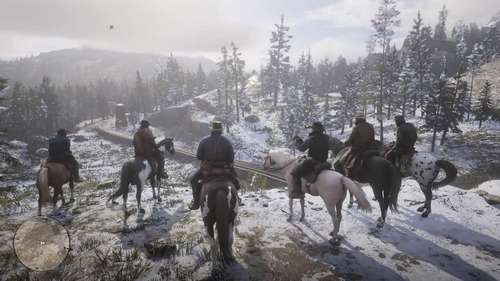 There are two versions of Make it Count, both outlined on Rockstar’s blog. The first is a battle royale where players are armed with only a bow and a handful of arrows, and each person needs to loot extra arrows from the enemies they kill. The second is the same concept, but players must rely on throwing knives instead. Like Fortnite and Black Ops 4’s Blackout, in both versions of Make it Count, the safe area on the battlefield shrinks over time and forces the survivors closer together.

Red Dead Online is still in beta and only early adopters and RDR2 Ultimate Edition owners can access it for now. In Red Dead Online, players can form their own posse, build a camp, and team up in story-based co-op missions. Like GTA Online, there’s free roam as well, where players can complete challenges, fish, or simply explore. Rockstar describes Red Dead Online as a «continually expanding experience» and plans to continue updating the beta and implement further additions going forward.

If you don’t have the Ultimate Edition of Red Dead 2, you’ll have to wait a bit to get into the beta. Rockstar has scheduled a gradual rollout for beta invites, with the second wave of players being added to the beta on November 28. Only those who played RDR2 on the day it launched, October 26, will be part of the second wave that is now live. Anyone who started playing between October 26 and October 29 will get access to the beta on November 29. Everyone else will gain access on November 30. Rockstar hopes this schedule will help the developer «ease into the beta» and «mitigate major issues.»

Red Dead Online is available for Xbox One and PS4.