Activision Blizzard’s Spyro Reignited Trilogy makes it debut at the top of the UK sales chart in the week ended November 17. Sales monitor Chart-Track reports that the only other Spyro title to reach the No. 1 spot was the PS1 originally released back in 1998. The little purple dragon dethrones Rockstar’s Red Dead Redemption 2, which moves down to No. 2, ahead of new entry Fallout 76 at No. 3. 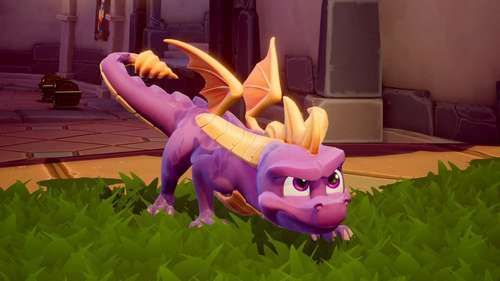 The other major new release is Nintendo’s Pokemon: Let’s Go, which comes in two variations: Pikachu and Eevee. According to Chart-Track, their combined sales would have put it at No. 1, but since it is available as two distinct products, this hasn’t been the case. Instead, Let’s Go, Pikachu debuts at No. 4 while Let’s Go, Eevee, arrives at at No. 6. Further down the chart, Fortnite’s Deep Freeze Bundle spends its first week on sale at No. 8, while Hitman 2 rounds off the top 10 at No. 10.