Things get dark in Turf War, the second episode of Marvel’s Spider-Man’s DLC campaign. After the relatively lighter and slower investigation into Black Cat’s plans with the mob in The Heist, the first of three expansions that make up a campaign called The City That Never Sleeps, Spider-Man finds himself thrown into a full-on gang war at the start of the second. Turf War is The Empire Strikes Back of the campaign, and throughout the two or so hours of story missions trying to stop the powerful mob boss Hammerhead, Spider-Man is completely embattled and potentially outmatched.

Turf War doesn’t pull its punches. Cops are dying, gangsters are threatening witnesses and openly committing murders, and Spider-Man is struggling to keep up with it all. The basic structure of the game remains the same-there are missions scattered around New York as part of the story campaign, and in between them you can wander around doing whatever you feel like-but the nature of Turf War makes every objective feel dangerously time-sensitive. When Hammerhead’s men threaten to kill an informant, you’ll want to swing across town to stop them. When gangsters prepare to attack police convoys and take their weapons, you’ll be concerned that your presence is needed. This chapter is at its best when it feels like Spider-Man really is at war-and he’s losing.

It helps that Turf War feels significantly more challenging than vanilla Spider-Man. Another new batch of enemies, these ones wearing jetpacks and sporting shields, join the array of enemies from both the base game and The Heist to make for some pretty dicey encounters. More than one fight in Turf War will put seasoned Spider-Men through their paces, especially if they’re a bit rusty from the month off between the two DLC chapters. Scraping through some fights against an extremely well-outfitted enemy as Spider-Man swings madly from one crisis to another perfectly fits the tone of Turf War. 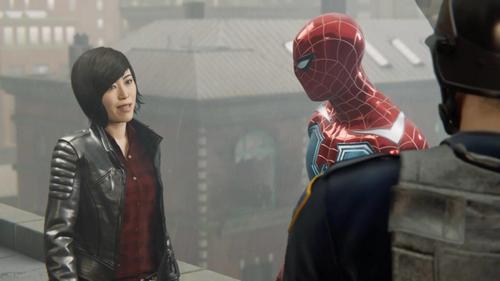 Spider-Man PS4 is at its best when it’s taking close, intimate looks at the game’s characters, and in Turf War the game casts that spotlight on Yuri Watanabe, Spidey’s high-ranking friend in the NYPD. Yuri is operating with a personal vendetta against Hammerhead that builds in the early part of the DLC, and as she and Spider-Man try to stop them, his reliance on her authority and her reliance on his superpowers are weaknesses that strain their relationship and have serious consequences.

Yuri saw some characterization in the base game, but she was largely a voice on Spidey’s radio advising him where to go. Here we spend more time with Yuri as the battle between the gangsters rages and she and Peter Parker grapple with their own exploited personal failings. You might wrap up Turf War’s story campaign in a couple hours, but thanks to the frantic pace and challenging difficulty, those hours will feel fraught. The speed and challenge bring a bit of a different pace and tone to Marvel’s Spider-Man, the variety of which makes Turf War new and fresh, while the dark focus on character channels the best parts of the game’s main story.

As you clear Turf War’s campaign, you’ll also find a small handful of new open-world events to New York to complete, mostly just to give you a little more to do in this chapter. Like in The Heist, there’s not a lot to them and you’ve gotten a taste of some or all of them before now, but they provide a few solid reasons to hang around the game after completing the story chapter. The gang war leads to new open-world crimes that are a bit different from the generic set that came in The Heist, which is welcome given that you’ll need to clear quite a few of them to hit 100 percent completion in this chapter. 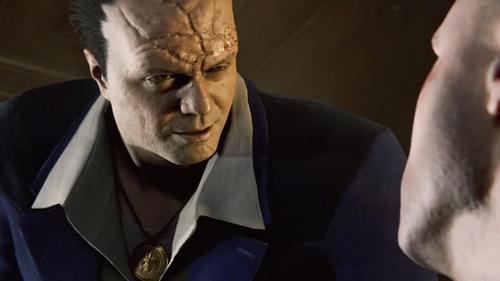 Screwball is also back with more challenges, some of which have new wrinkles added that make them a bit tougher than their vanilla counterparts. And there are new Hammerhead-themed base-clearing challenges, which can be pretty tough thanks to new locations and new enemies to fight.

As with The Heist, it’s nice to have a reason to jump back into Spider-Man PS4 and mess around in its world, but its Insomniac’s story and characterization that once again are making Spider-Man something worth revisiting. Turf War excellently ratchets up the stakes on Spidey and forces him to deal with a whole host of new personal and interpersonal issues. Together with its predecessor chapter, Turf War suggests there are plenty of stories Insomniac could continue to cover in Spider-Man, and that they’ll all be worth swinging back to New York to experience.