Atlus has announced Persona 5 R, a new version of its acclaimed RPG. A teaser video has been released and a website for the the game has also gone live. However, neither reveal what this new version of Persona 5 will include. 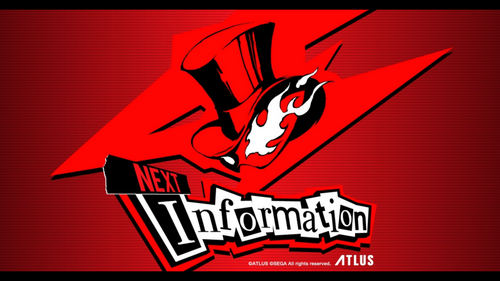 Instead, both the website and the teaser point to more information being revealed in March, 2019. The video begins with a PlayStation logo sting, indicating that, whatever it is, it’ll be on PS4 at the very least. The teaser is also littered with the phrase “New Projects”, suggesting there could be multiple things revealed in March.

Atlus has a history of releasing second, enhanced versions of previous entries in the series, with both Persona 3 FES and Persona 4 Golden making tweaks to the original experience and adding in new content. It could be that Persona 5 R follows along the same lines.

Of course, many are hoping that the game will make its way to other platforms, specifically the Nintendo Switch. Again, Atlus has released portable versions of previous Persona titles, with Persona 4 Golden coming to PlayStation Vita. Given that a PlayStation 3 version of Persona 5 exists, this could serve as a good version for the developer to adapt to the Switch.

Lending some fuel to the speculation that a Switch version could be on the way is the recent announcement that Joker, the protagonist of Persona 5, will be added to Super Smash Bros. Ultimate as a DLC fighter. This means the two companies have a working relationship, and Joker may appear on Switch in his own game too.

Nintendo has said five DLC characters for Super Smash Bros. Ultimate will be released by February 2020. Each of them will be newcomers to the series and characters «who you wouldn’t anticipate» being included in Smash.

Persona 5 originally launched in March, 2017. In her review, Lucy James awarded it a 9/10. “Within Persona 5 is a complex set of interconnected gameplay mechanics, and in almost every aspect Atlus has executed on its vision exceptionally, barring the pacing issues towards the end,“ she said.

“At every turn, it presents something to marvel at, whether it’s the fluid combat, vibrant world, or the many memorable characters. It’s a game I could talk about for hours; I haven’t mentioned the ability to connect to the Thieves Guild, which lets you see how other players spent their day or ask them for help answering questions at school. Or the thumping acid-jazz-infused soundtrack that I’ve not been able to get out of my head. Or even just the joy of seeing how it stylishly transitions between menus. But that encapsulates why Persona 5 is a game that shouldn’t be missed. It’s stuffed to bursting point with gameplay ideas and presentation flourishes-there’s an overwhelming level of artistry in every part of Persona 5, making it a truly standout entry in the series. It’s a refined, effortlessly stylish RPG that will be talked about for years to come.”

No Cyberpunk 2077 Details to Be Released at The Game Awards