Call of Duty: Black Ops 4’s first big content update, Operation Absolute Zero, has expanded to other platforms. Following its release on PS4 last week, the big update is now available on Xbox One and PC, bringing a new playable character, Blackout area, and more to the online shooter. 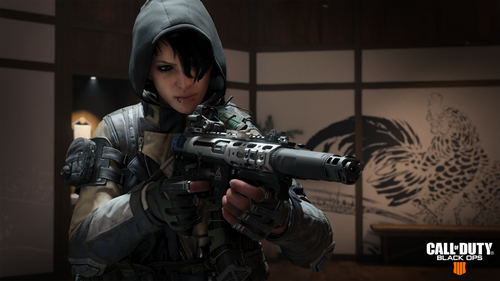 Among the additions to the game is the new Specialist, Zero-a hacker who can use her skills to «disrupt and distract enemies.» Players can unlock her by completing tier 1 of the newly revamped Black Market, which now features 100 «clearly defined» tiers to streamline progression. Treyarch has also added a new batch of weapons and «more diverse content» to unlock in the Black Market, including Reactive Camos, Epic Outfits, Reticles, and Mastercrafts.

On top of the new Specialist, Operation Absolute Zero introduces a new area to Blackout mode: Hijacked, which is inspired by the fan-favorite Black Ops II map of the same name. It can be found in the northwest quadrant of the map. Additionally, a new armored vehicle-the ARAV-has been added to the battle royale mode as well.

Players who’ve purchased the Battle Pass on Xbox One or PC can access additional content, including two new multiplayer maps: Elevation and Madagascar. Reaper from Black Ops 3 has also been added to Blackout mode for Battle Pass holders, as has a new Zombies chapter: Dead of the Night, which features a cast of big-name celebrities including Kiefer Sutherland and Helena Bonham Carter.

Along with Operation Absolute Zero, Treyarch has rolled out some changes to all version of Black Ops 4. Among them, the developer has made some balance tweaks to the aforementioned new Specialist, Zero. Treyarch has also updated the featured playlist in multiplayer and introduced Custom games for Blackout mode, which let players start a private match and «explore the map at their own pace.» You can find the full patch notes on Reddit.