There will be no further additions to the Xbox One’s backwards compatibility catalog until the New Year, Microsoft has confirmed. Microsoft’s Larry «Major Nelson» Hryb wrote on Twitter that Xbox is pausing releases until 2019 because the team is taking some time off for the holidays. 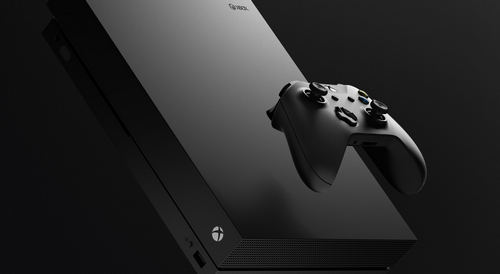 2018 was another big year for the backwards compatibility library, as Microsoft added more than 100 titles to the catalog during the year. There are now more than 550 games in the library, of which 57 are «enhanced» for Xbox One X.

In 2018, Team Xbox added over 100 new titles to Backward Compatibility, bringing the full catalog to over 550 games – 57 of which are Xbox One X Enhanced. We’re taking a break for the holidays, but stay tuned for more BC news in January. Until then, we’ll see you on Xbox Live!? pic.twitter.com/rp4G5iILYt

Microsoft historically temporarily stops releasing major new features or content to its platforms in the weeks leading up to the holidays so it can instead focus on making sure its devices like Xbox One and others are steady and reliable for the many new people coming online during the holidays. All Xbox One models are currently $50 off in the US, and that sale, along with the regular uptick in sales during the holidays, will surely mean many new Xboxes are being switched on during the holidays, so it makes sense that Microsoft would want to focus on that being a good experience.

The Xbox One backwards compatibility library includes Xbox 360 and original Xbox games. New titles are added on a semi-regular basis (apart from this holiday season break), with the latest batch-Duke Nukem Forver, The Darkness, and The Bureau: XCOM Declassified-arriving this week.