Another major pop singer is coming to Final Fantasy Brave Exvius. Square Enix has announced that the «Firework» singer will arrive in the mobile game starting December 12. 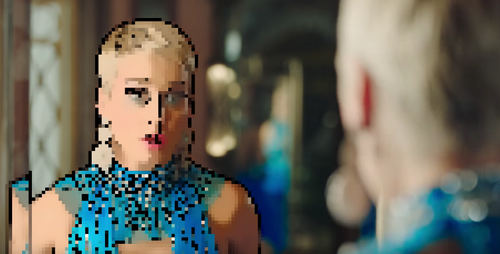 Perry agreed to give her likeness to the game, where she’ll appear as multiple playable characters starting later this week. She’ll only be in the game for a limited time.

Not only that, but Perry wrote a new song, «Immortal Flame,» for Brave Exvius, and you can watch a strange video for that song in the embed below.

Perry is just the latest famous pop singer to lend her likeness to Final Fantasy Brave Exvius. In 2017, the mega-star Ariana Grande appeared in the game for a limited time. She also worked on a remix of her song «Touch It» for the game.

We can only imaging which pop star will come to Final Fantasy Brave Exvius next. The game was originally released in 2016 for iOS and Android. It’s been downloaded more than 9 million times, though Grande and now Perry’s involvement will surely help that figure grow.