Black Friday has arrived, which as all of you know is one of the biggest shopping events of the year. In line with how retailers are operating these days, some deals are going live early, but if you’re interested in digital games, there’s no need to wait any longer: Microsoft has kicked off its annual Xbox Live sale, dropping prices on hundreds of digital Xbox One and Xbox 360 titles. The sale was initially available only to Xbox Live Gold members, but the sale has since expanded to everyone. But be wary, some prices are lower for Gold members.
Many of this year’s biggest heavy hitters include Call of Duty: Black Ops 4 for $48, Red Dead Redemption 2: Special Edition for $72, and Forza Horizon 4 for $39. But if those don’t quite do it for you, you can pick up Destiny 2: Forsaken Legendary Collection for $36, or Shadow of the Tomb Raider and Far Cry 5 for $30 apiece. Those are excellent prices considering how a lot of those games just came out. 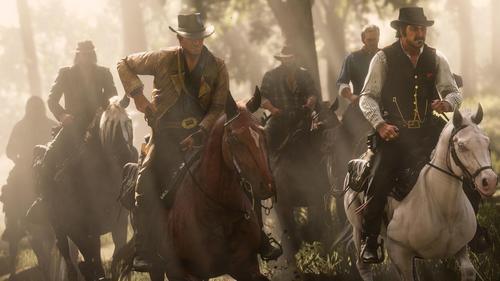 Ubisoft has dropped prices on the many Assassin’s Creed games, with Odyssey down to $40 and Origins on sale for $20. A trio of Tom Clancy games is available for cheap as well; The Division is discounted to $10 and Ghost Recon Wildlands and Rainbow Six Siege are available for $15 each.

Not to be outdone, some of the best backward-compatible Xbox 360 games are also on sale. You can pick up Castlevania: Symphony of the Night for $5, Red Dead Redemption for $10, or a couple of Splinter Cell games for $10 or less. And if you’re into Metal Gear, you can nab some great discounts on the series, including Metal Gear Solid HD Edition, which contains remastered versions of games 2 and 3, for $10.

You’ll find well over a hundred other discounted games in the list below, or you can see the full sale here.

If you don’t have a current Xbox Live Gold subscription, you can get a one-month membership between now and November 30 for just $1 / £1. That grants you early access to the sale and also gets you this month’s free Games with Gold. Additionally, between now and January 3, 2019, you can get a month’s worth of Xbox Game Pass for $1 / £1. This subscription service lets you download and play a selection of over 100 games, including all recent first-party titles like Forza Horizon 4 and Sea of Thieves.