One of the best deals going this holiday season is a PlayStation 4 bundle that includes the hit game Spider-Man for a cool $200. Though many retailers listed it as available on Black Friday, it’s already available almost everywhere, so you can get started early. Even Target, which listed it as a doorbuster exclusively on Black Friday, has already activated the marked down price. 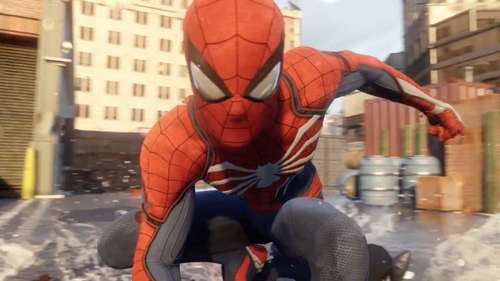 If you already have a PS4, you can still grab the game on the cheap. You can get the game for $40 at Ebay or the PlayStation Store, or for $52 at Amazon. You can also check out some of the best places to get a PS4 this year, and the strange absence of many deals on a PS4 Pro.

These sale prices come right alongside the launch of its second piece of downloadable content, Turf Wars. It’s the second chapter of the ongoing City That Never Sleeps storyline, which began with The Heist. In that chapter Spidey teamed up with Black Cat to take on the mob boss Hammerhead with some very personal stakes. After the first game ended on a cliffhanger, this second chapter continues the story of Hammerhead’s war on the other crime bosses. The third chapter, Silver Lining, will launch in December.

«The feeling of embodying Spidey and using his abilities is astonishing, and the time spent on exploring its major characters help make its story feel heartfelt, despite superhero bombast,» wrote critic Edmond Tran in GameSpot’s Spider-Man PS4 review. «There have been open-world Spider-Man games before, but none so riveting and full of personality, none that explore and do justice to this many facets of the universe. Insomniac has created a superior Spider-Man experience that leaves a lasting impression, one that has you longing for just one more swing around New York City, even after the credits roll.»

Surprise Xbox One Sale For The Game Awards