The next big patch for Bethesda’s multiplayer RPG Fallout 76 is coming soon, and now developer Bethesda has posted the full patch notes for the December 4 update.

As announced previously, this patch will increase the maximum stash storage to 600 pounds, and it could expand further down the road, Bethesda said. The update also introduces stability improvements to the Fallout 76 client and servers, which in turn should lead to a better experience overall. 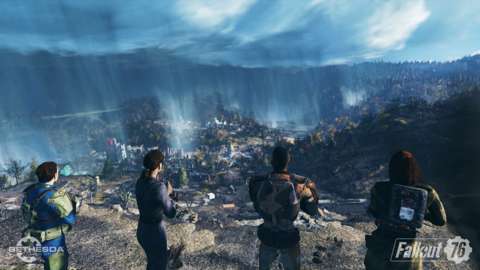 In terms of balance changes, the Fallout 76 patch makes bosses drop 2-4 items per boss (depending on difficulty and level), while weapon damage has been increased by 20 percent «across the board,» so it sounds like you’ll feel more powerful right away with this update.

As for bug fixes, on console Bethesda has fixed an issue that could lead to an infinite loading screen when players signed out of their console while playing the game. And on Xbox One specifically, the patch addresses a crash scenario for a specific situation related to team invites. There are UI, Survival, and Perk changes, too, included in this update. You can see the full patch notes below, as posted by Bethesda on their website.

Fallout 76 launched in mid-November, and while it might not have been a hit with critics, the game quickly reached «millions» of players. The game is underperforming GameStop’s expectations, but that doesn’t necessarily mean the game is doing badly.

The December 4 update for Fallout 76 won’t be the last, as Bethesda is planning another one for December 11, while the developer overall plans to support the game for years to come.