The gift-giving holidays are over, but retailers still need to pay the rent. To help urge you to open your wallet as one year ends and another begins, GameStop is running its Winter Sale, which sees prices dropping on all kinds of PS4, Xbox One, and Nintendo Switch games. Read on to see what’s on sale between now and January 1.

For starters, if you buy two pre-owned games, you’ll get one free. The PlayStation Classic just released on December 3 for $100, but the plug-and-play console is already down to $60. No matter which system you have, you can grab the newest toys-to-life game on the market, Starlink: Battle for Atlas, for just $40. And if you trade in select games, you’ll get $20 off any new game or pre-order. 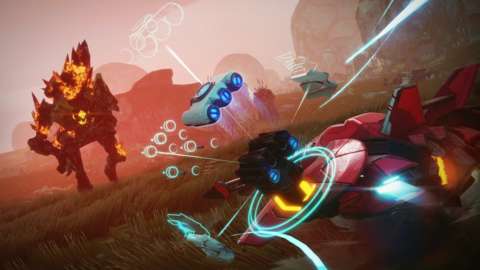 A good number of games are on sale this week, including many recent releases that are available for up to half off. Assassin’s Creed Odyssey, Battlefield V, Hitman 2, and Shadow of the Tomb Raider are available for $30 each only months or weeks after release. Also, $35 gets you Call of Duty: Black Ops 4, which is quite a deal on one of the year’s biggest titles.

PS4 owners can grab Spider-Man for $40 or Tetris Effect for $30. If Xbox One is your preferred console, you can pick up Forza Horizon 4 for $40. Nintendo Switch owners can get Diablo III: Eternal Collection or Sid Meier’s Civilization VI for $50 each. And if you missed out on Middle-earth: Shadow of War on PS4 or Xbox One, it can be yours for just $10.

You’ll find more of our picks below, or you can check out the full list of game discounts here.