Season 7 of Fortnite is now in full swing on PS4, Xbox One, PC, Nintendo Switch, and mobile devices. Following the release of the 7.01 update, developer Epic Games has rolled out the second set of weekly challenges of the season, which range from playing sheet music on pianos to having a dance-off at an abandoned mansion.

As usual, completing these missions will net you Battle Stars, which in turn will level your Battle Pass up and unlock the new Season 7 skins and rewards. Finishing all of the challenges from a given week has an added benefit as well, as it’ll complete one of the new Snowfall challenges-this season’s equivalent to the Hunting Party challenges from Season 6.

Just as before, clearing a Snowfall challenge will reward you with a special loading screen that contains a clue pointing you to a free item hidden somewhere around the map. Last season, the item in question alternated each week between a free Battle Star (good for leveling your Battle Pass up by one tier) or a free Banner (which can be used as a profile icon), and it looks like Epic is continuing that trend in Season 7.

If you complete two full weekly sets of Season 7 challenges, you’ll unlock the loading screen below. It showcases Lynx-one of the new progressive skins you’ll unlock by purchasing the Season 7 Battle Pass-sitting at a work station. This time, the clue to the free Banner is fairly easy to spot; it can be seen displayed on the screen in the upper right-hand corner of the image. 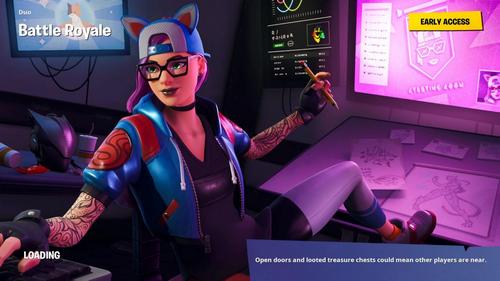 The work station depicted in the loading screen is located inside a building in Frosty Flights, one of the new areas added to Fortnite’s map this season. Head there at the start of the match, find the right building (we’ve denoted it on the map below), and the Banner will appear. Collect it as you would any other item, and you’ll be able to use it as your profile icon after finishing the match.

As with previous Snowfall and Hunting Party challenges, you won’t be able to get this free Banner if you haven’t first completed the required steps. The item won’t appear on the map unless you’ve finished two weeks’ sets of challenges and unlocked the aforementioned loading screen, so you can’t simply go to the right area and expect to find it unless you’ve put in the necessary work. 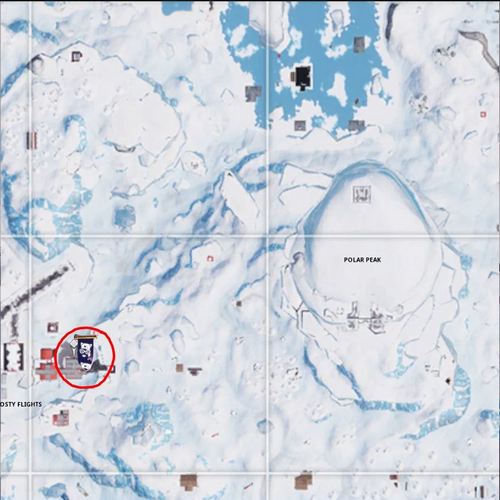 Epic is releasing a new set of challenges in Fortnite every week in Season 7. If you need help completing them, you can find tips in our complete Season 7 challenges roundup. You can also see our guides on where to find every free Battle Star and Banner so far this season below.