Authorities in Sweden raided the offices of Payday 2 and Overkill’s The Walking Dead developer/publisher Starbreeze today, detaining one person on insider trading charges. Multiple news outlets in Sweden reported today that the country’s Economic Crime Authority conducted a surprise raid of Starbreeze’s offices in Stockholm, seizing computers and other documents from the premises. 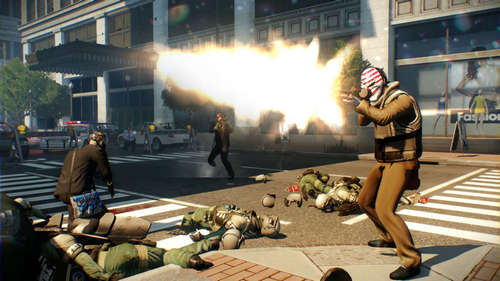 ECA communications rep Niklas Ahlgren confirmed to GI.biz that the organisation conducted a raid of Starbreeze’s office. «This morning officals from the Swedish Economic Crime Authority raided the offices of Starbreeze in Stockholm. One person was arrested and items were seized,» Ahlgren said. «The raid is part of an ongoing investigation involving suspected insider trading.»

The identity of the detained person was not disclosed, nor are further specifics about the charges against this person.

For its part, Starbreeze released a statement confirming that the raid took place «due to suspicions of insider charges.» Starbreeze said the company as a whole is not under investigation, however. Starbreeze also said it is cooperating fully with the ECA in this matter, adding that this raid «does not affect» Starbreeze’s plans to restructure its business in the wake of troubling financial times for the company.

Earlier this month, Starbreeze filed for «reconstruction» with the Stockholm District Court as a means to help itself secure its future financial position, though whether or not that happens remains to be seen. During the reconstruction period, Starbreeze will continue to pay salaries to its employees, and overall, its operations will «continue as usual.»

As part of the reconstruction, Starbreeze CEO Bo Andersson resigned from the company, while other members of the Board of Directors also left.

At the end of November, Starbreeze acknowledged that sales of its latest major game, the poorly received shooter Overkill’s The Walking Dead were lower than expected. The game launched in November for PC, but its Xbox One and PS4 editions were delayed. As a result of this, Starbreeze will not be able to recognise the $10 million license fee this quarter that 505 Games is paying Starbreeze for the console edition, which it is publishing.

In the wake of these financial challenges, Starbreeze announced it was launching an internal review of its business operations with the aim of reducing costs and focusing more on the core pillars of its business. Starbreeze said it’s expecting to see «significant cost savings» as a result of the re-focus. However, Starbreeze shared no specifics on how it would go about cutting costs, or if this move would result in any job losses.

«We have initiated a review of our costs to ensure better alignment with our revenues. We are designing a program towards that end, naturally while keeping a careful eye on revenue development. We must focus on our core business and ensure delivery of the company’s important games,» Starbreeze said.

Developer David Goldfarb, Payday 2’s former game director, responded to the news in a statement on Twitter. He called the situation a «disaster,» noting that he suspects management is responsible for the tough times.

All the disaster coming out of Starbreeze and the leadership that appears to be behind it: the casualties are the devs there who were just trying to make games people liked.

GameSpot’s review of Overkill’s The Walking Dead scored the zombie shooter a 3/10. It’s getting mostly low review scores across the board.

«From its restrictive mission structures, unbalanced difficulty and frustrating means of progression, The Walking Dead struggles to justify the time it requires from you,» Alessandro Barbosa wrote. «It’s a collection gameplay blueprints stacked upon one another without thoughtful consideration on how they might cohesively work together, wrapped up in a dull presentation and mundane combat that very rarely excites. The Walking Dead is a mess of scattered ideas and a lack of direction, and there’s no reason to make sense of it all.» 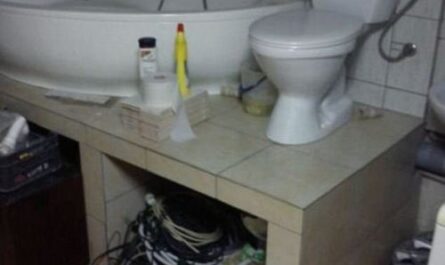