One of Fallout 76’s most explosive features was temporarily out-of-service recently. A bug rendered players unable to launch nuclear weapons, before Bethesda issued a statement that it was aware and issued a hotfix. 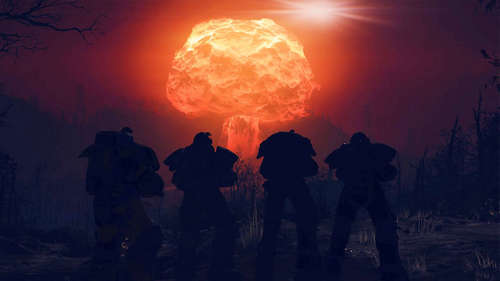 Usually the nuclear launch codes are reset on a weekly basis, every Monday evening, and players have to battle their way through enemies to find the new ones. Codes in hand, they can go to a nuclear silo and launch them at spots on the map to punish other players, or simply give a fresh dose of radiation to a spot and create mutated high-level enemies there.

This week, however, the old codes were still in place, and no longer worked. The changeover took place on New Year’s Day. In a statement on Twitter, the company said it’s aware of the issue and looking into it. Then, on January 2, the game went down for maintenance and came back up just over an hour later.

#Fallout76 Players: We’re aware of and actively investigating an issue with Nuke silo access. Thank you for your patience while we look into this issue.

This is far from the first unexpected hiccup to hit Fallout 76. The game has experienced an ongoing series of issues, from low review scores to controversy over its special edition canvas bags to a personal data leak. The studio hasn’t shown any sign of slowing its plans for the game, though. It’s still regularly issuing patches and announcing upcoming features, including a new mode without PvP restrictions, and the ability to run your own shop.