Hide-and-seek is so central to a child’s sense of play that it’s surprising how infrequently it’s been explored by video games. A recent vogue for “asymmetrical multiplayer,” in which one player at a time faces several others, does channel some of the exhilarating imbalance of being It. But even titles such as Friday the 13th or Dead by Daylight tend to emphasize escape over taking cover and ultimately feel more like run-and-chase than the slower, calmer, more observational game that’s forever fascinated kids. So it is a considerable pleasure to discover that Typhon Hunter, the new multiplayer expansion for the science-fiction immersive sim Prey by Arkane Studios, very closely resembles the traditional format of the familiar childhood pastime-with the slight difference that this hide-and-seek involves bloodthirsty aliens and takes place on a space station orbiting the moon.

In its previous incarnation, Prey was an ambitious and original game with a strong conceit and too many crude mechanics-intermittently intriguing but on the whole unrefined, sometimes outright broken. It cast players as Morgan Yu, among the few surviving humans aboard a space station overrun by aliens known as the Typhon. The Typhon are shapeshifters, capable of taking the form of the inanimate objects around them; wandering through the desolate station in a bid for survival, you often found them scattered about mimicking ashtrays and coffee mugs, poised to leap up and attack at any moment.

Since the cool reception when Prey was released last spring, Arkane has continued to revise and expand the game. Most notably, it released a premium expansion in June called Mooncrash, a rogue-lite adventure set on a satellite that retained the mechanics and milieu of Prey but applied them to an entirely different genre. Another six months later, we now have Typhon Hunter, an expansion that once again takes Arkane’s promising source material and attempts to reimagine the kind of game it can be.

A hide-and-seek version of Prey is more compelling than Prey in its original form, it turns out. Like the rogue-lite twist of Mooncrash, the sneaky, delightful Typhon Hunter multiplayer is simply a more rewarding application of Prey’s basic elements; it ports over the environments from the campaign and repurposes the unique enemy design for the core of the new experience. Typhon Hunter is a game for six players: five are Mimics, the crawling baby aliens that can morph into the stuff around them, and one is Morgan, the wrench-wielding human whose objective it is to eradicate them before the five-minute countdown elapses. Rounds mostly consist of Morgan hunting high and low as Mimics in the shape of garbage cans or cardboard boxes sit very still, hoping not to be seen or awaiting an opportunity to attack.

Walking into a room littered with random furniture and detritus when you know damn well that five other players could be lurking there among it all feels overwhelming in the most satisfying way. There’s a real sense of danger and suspense just wandering from one room to another, swinging your wrench at every errant martini glass that looks out of place or wine bottle that strikes you as suspicious, only to be petrified, again, when the stack of old magazines in the corner suddenly lunges at your face. When the Mimics kill Morgan, there’s a 10-second breather that allows them to move around or find a new hiding place, and rather than frustrating I found these brief moments of repose pumped me up to charge back in there and scrutinize every item I happened upon. Each Mimic, meanwhile, only has one life, and players default to spectating until the round’s end if they die.

As a Mimic, hiding can sometimes seem almost too easy, because the environments are so extensively populated with the kinds of objects that lend themselves to mimicry-every kitchen counter covered in cups, every maintenance hallway strewn with boxes, all spread about in a disorderly fashion that makes it seamless for even a somewhat careless player to blend in. Objects are left in unlikely places and positions to throw the human player off, and in contrast to, say, the online infiltrations in Watch Dogs, it is never immediately obvious to the naked eye what’s an innocuous component of the game and what’s human-controlled. On several occasions I watched wracked with tension as a Morgan player strolled by just inches away without noticing me. It reminded me of the attraction of hide-and-seek, which is how wildly thrilling it is to hide. 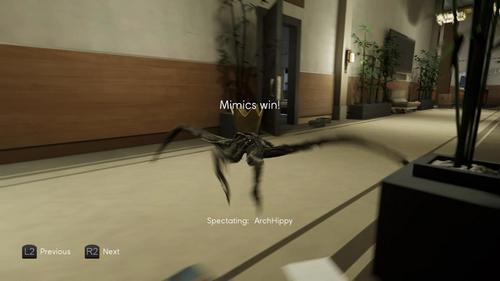 Imbalance is a common problem with asymmetrical multiplayer, as different character types and abilities expressly designed to be uneven are difficult to make seem 100% fair. I did find, over the course of my time with the game, that Mimics seemed to win matches much more often than Morgans, regardless of which side I chose; it didn’t seem so much an issue of the Mimics being too hard to find as being sometimes difficult to kill once found, especially when using one of the underpowered pistols scattered across the maps. Still, I never felt any great injustice when I failed to vanquish the Mimics within the time allotted, just an urge to look harder and swing faster next time. Besides, the sensation of being alone against everyone is a fundamental part of being It.

With such a limited number of maps and this one hide-and-seek game mode, Typhon Hunter is not a multiplayer experience of much longevity. As fun as it can be to skulk around a space station as an unassuming box of pizza, biding your time to strike, the format inevitably loses its novelty after a few dozen rounds, once it starts to seem that there isn’t any object left that as a Mimic you haven’t turned into and as a human you haven’t been killed by or destroyed. That said, this is of course a free expansion to a game that came out almost two years ago, and one that takes Prey’s best elements and applies them in better ways. It’s commendable that Arkane continues to return to Prey with fresh ideas, and if you have the game already you’d be remiss not to play.

A forthcoming (free) update, set to release in January, will bring Typhon Hunter to virtual reality, making it possible to ferret out Mimics with a VR headset. In the meantime, Typhon Hunter includes a kind of secondary mini-expansion called TranStar VR, which offers about an hour of virtual reality content set in the familiar Prey world. Like other VR supplements to non-VR titles, such as those included with Star Wars Battlefront and Rise of the Tomb Raider, TranStar has the feeling of an extended tech demo rather than a complete standalone game, both in the brevity of its runtime and the limited integration of the tech. There’s certainly nothing here that would justify the purchase of a PSVR for anyone who doesn’t have one already lying around.

It’s commendable that Arkane continues to return to Prey with fresh ideas, and if you have the game already you’d be remiss not to play.

With that said, those who do have a headset may be surprised to find that TranStar is more interesting than expected, given that its late release and inclusion with another expansion suggests it was more of an afterthought. Arkane has landed on another pretty crafty, auspicious use for this material-this time as grist for a series of puzzle games designed to resemble the real-life escape rooms that have over the last several years become a worldwide craze. Players enter one of three self-contained environments-each pulled from the original Prey but lavishly recreated in VR-and follow a complex sequence of prompts that test your observation, problem-solving skills, and lateral thinking.

The puzzles are well-conceived and, some technical problems aside, well-realized in virtual reality. For instance, in one level-familiar to Prey veterans as the simulated apartment from the beginning of the campaign-a giant display screen must be switched on by entering a code whose digits are printed in a cipher on clipboards hidden around the room. At one point a clipboard crucial to solving the puzzle fell straight through a table and clipped into the floor, both obscuring the information I needed and making it impossible to pick it up again. A wonderful moment that hinges on a voice synthesizer and a karaoke hologram had me feeling delighted when I solved it, until a glitch made it necessary to reset. Such problems are hardly the end of the world, but frustrating when they disrupt the flow of a puzzle that is coming together nicely.

It’s strange to say of a free add-on to an underwhelming game, but TranStar is actually on the upper end of experiences on the PSVR, succinctly showing off the immersive features of the technology. Considering it isn’t even the main attraction of the DLC and is more like a bonus, it’s clear that Typhon Hunter is another worthy, generous expansion from Arkane, who have by this point more than made up for Prey’s shortcomings. This package highlights the strongest attributes of the game’s already appealing core mechanics, and it’s an excellent capper on the qualities that earned Mooncrash its place on our list of the best expansions of 2018. 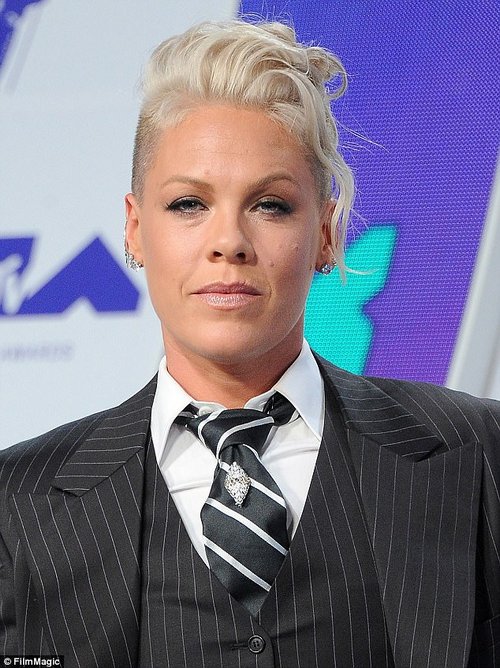