Getting new games is great, but paying for them is generally less fun. Between now and December 22, you can cut out the «less fun» part and get the Windows PC game Anno 1602: Creation of a New World (or Anno 1602 AD, as it was known in the US) for free from Ubisoft right here. Additionally, you can sign up to take part in a closed beta for the upcoming game Anno 1800. The beta will run January 31-February 4.

To get your free game, just head to the giveaway page, click the link, and sign in or create an Ubisoft account. Once you do that, the game is added to your Uplay library, where it’s yours to keep and play forever. 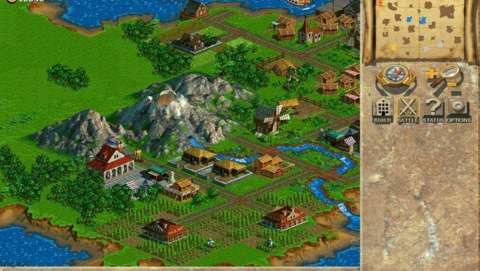 Anno 1602: Creation of a New World launched back in 1998. It puts you on a ship en route for a new land, where you’ll build a settlement, trade with the natives, and start an army to defend your growing town. Five sequels and numerous spinoffs have come out over the years, with Anno 1800 set for release on February 26, 2019. The original game is currently free to celebrate the series’ 20th anniversary.

In GameSpot’s Anno 1602 review, Bruce Grey wrote, «While it can’t boast innovative design or unusual gameplay, 1602 A.D. has a peculiar charm all its own. The game captures the feel of the historical period very well and carries you along without the extreme highs and lows that characterize more fast-paced and violent games. Those who prefer to play action-packed computer games will be disappointed by 1602 A.D., but if you’re looking for a more relaxing game, you’ll find a pleasant diversion in this engaging colony builder.»

If that sounds like your kind of game, make sure to grab your free copy before it goes back up to regular price on December 22.