The PC game storefront Green Man Gaming is running a fun promotion that gets you five PC games for $5. The best part is that you can select any five games you want from a selection of over 30 titles. The bad news is that some of the games have already gone out of stock. That means you’d better hurry and assemble your mix-and-match bundle if you want to choose from the cream of the crop.

Some great games are available to choose from. Rage, which normally sells for $10 on GMG, is among the options. It’s a particularly fine choice, seeing as its fast-paced, colorful, violent sequel is launching early next year. Another smart pick is Warhammer: End Times – Vermintide, a Left 4 Dead-style multiplayer game that typically retails for $30. 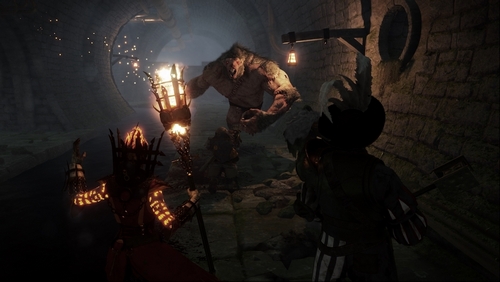 Adrift strands you in the cold zero-G environment of outer space. Magicka puts you in control of a wizard with a range of mystical powers looking to stop an evil sorcerer bent on destroying the world. Then there’s Next Up Hero, a colorful dungeon crawler made in the style of the arcade classic Gauntlet. You can find the full list of games available below.

You’ll want to hurry, because the games that are already out of stock include Injustice: Gods Among Us Ultimate Edition, This War of Mine, Crusader Kings 2, and Killing Floor: Complete Pack. If you don’t want to miss your chance to get any other games for almost dirt cheap, hit the Mix and Match page and pick your five soon.