From the accounts of its creators, Atlas is an absolutely sprawling game. It’s a survival game. It’s an MMO. It’s a pirate fantasy with a ton of sailing. It’s a government simulator with real-time character aging. It has full support for drawing your own pirate flag and painting your boat, which you construct plank by plank.
Listening to Jeremy Stieglitz, Atlas’s director, talk about the game, the amount of stuff that you can do becomes overwhelming. Following the game’s reveal at The Game Awards 2018, Stieglitz told GameSpot about what players can expect in the game, which launches in early access on December 13. It might be quicker to talk about what the developers aren’t planning on putting in the MMO than what they are.

Developer Grapeshot Games is a spin-off team of Studio Wildcard, the developer of Ark: Survival Evolved, borrowing its co-creative directors Stieglitz and Jesse Rapczak, and others who worked on Ark. So it’s no surprise that Atlas borrows a lot from Ark as well, refining and adding onto many of its systems and ideas. But as Stieglitz said, Atlas is more MMO with survival game elements than the other way around. 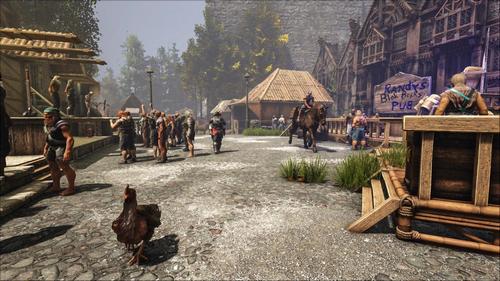 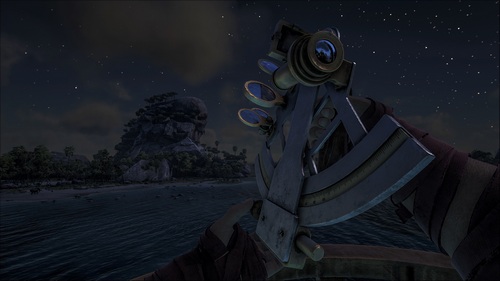 «One thing we like about Ark is the emergent gameplay aspects-what happens when you get a lot of players together and they start doing things that you don’t expect,» he continued. «So we figured, okay, if you get interesting scenarios with a hundred players, what will happen if you got thousand players, or 10,000, or when we ultimately did the math, 40,000, into the same world and have them all interact in ways we don’t predict? And we think that is frightening for us as developers, but also really exciting, and so with Atlas we’ve tried to construct systems that facilitate those kinds of emergent gameplay behaviors.» 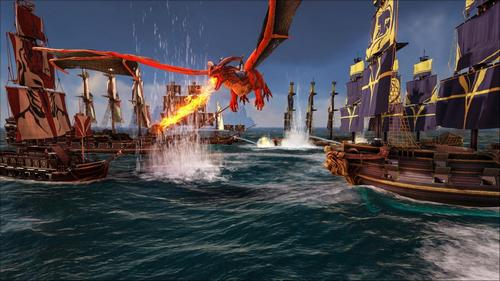 You can play Atlas in both first- and third-person, and the MMO side means that there will be quests and objectives for you to complete, Stieglitz said. You play as a Pathfinder, a descendant of a magical realm that formerly existed in the world of Atlas.

«As a so-called Pathfinder, you are the heir to this legacy-it’s actually a fantasy world,» Stieglitz explained. «I would say it kind of takes a page from Game of Thrones, where it’s like similar aesthetics to real history, but its own fantasy background and magic, and history of the world. And so essentially the players are all descendants of the guardians of this magic power from the old world, and that world actually existed in the sky hundreds and hundreds of years ago.

«And then a war happened, and all the continents that were floating the sky, powered by magic, essentially exploded, and created all these islands in the water world that existed below. And hundreds of years after that catastrophe, people are starting to branch out again and explore the reformed world on the water.»

That magic power probably explains the Game Awards trailer, which showed a world not only filled with other people, but also fantasy creatures like dragons and krakens. There will be other animals you can find, tame, and breed around the world, too. 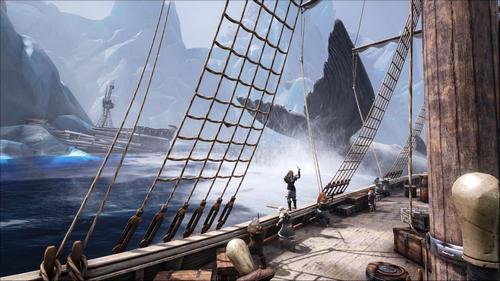 So Atlas will have a more traditional MMO questing base, with an overarching story about special people searching after special power. But there’s also the survival side of things, inspired greatly by Ark, that pushes you to explore the world of Atlas and start to take it over. As Stieglitz explained, there are a whole lot of systems in Atlas that are aimed at encouraging players to interact, cooperate, and make each other miserable.

The biggest extension of yourself is your ship. Once you build your first vessel, most of your time will be spent exploring the world and becoming more powerful so you can create bigger, better ships. You can also steal ships from other players-after all, this is a game about being a pirate. You’ll also need a crew, whether one of other players, or AI-controlled sailors.

«You can actually have AI crew members that you can command around your ship,» Stieglitz explained. «One of the things we noticed in other games-well, other games being Sea of Thieves-is it wasn’t really easy to play by yourself because you had to do every single thing on the ship yourself. And so that kind of limited the scope of the game for small groups of players or a single player. So we made it possible to recruit AI crew who you have to pay in gold and you have to feed, or they’ll mutiny. They don’t always do exactly what you tell them to do for now, but you can basically put them on your boat at various stations, whether its sails or cannons. And then if you get into the captain’s wheel you can issue them orders or you can even like control them en masse.» 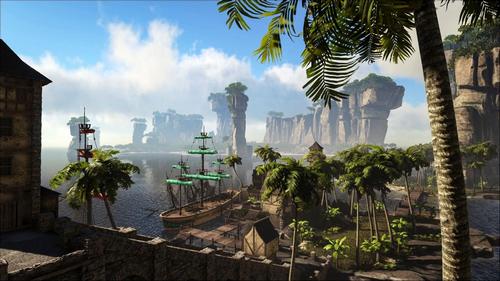 As you explore the world and lay claims to the lands you discover, you’ll be able to set up structures, and those will be things other players can steal as well, just like your ship-although Stieglitz said that since your ship and your territory essentially make up your in-game life, they’ll be difficult and time-consuming to capture. Don’t expect to be boarded and then marooned on deserted islands every few minutes as you play.

There might be a bigger incentive to work alongside others, in groups called companies, than to plunder other players, though. As your territory expands, you’ll be able to control it with NPCs to defend it, and you can even set up taxes and laws for other players who use your territory. Stieglitz said the biggest, most powerful territories and the companies who control them will be featured on a world map on the Atlas website, which may well incentivize other companies to band together to take them on. It’s all about creating chances for emergent, unpredictable gameplay interactions.

«We don’t just want the game it feel like it static, where everything is always the same all the time,» he said. «We want the world to start having its own internal history that the players build.»

There are lots of other systems at play in Atlas, so much so that it seems nearly impossible to balance it all.

«That’s what early access is for, hee hee hee,» Stieglitz laughed. «You get the best testing and balance feedback you could ever have when you have a hundreds of thousands of people tell you their opinion. You just have to find a way to kind of synthesize that into some actual outcome, but it is very useful-it’s the only way to do it.»