Season 7 of Fortnite is nearly here. The new season is scheduled to kick off this Thursday, December 6, and developer Epic Games has been building up excitement by sharing a series of teaser images each day leading up to it. The studio has now shared the final teaser, and it hints that some rather big things are in store for Season 7.

The image, which you can see below, zooms in on the ziplining character spotted in the background of the second teaser. «Ascend to new heights,» the accompanying tweet reads, suggesting that Season 7 will feature a greater emphasis on verticality. What’s even more interesting, however, is that the image also features a biplane in the background, which seems to hint that Fortnite will receive its first aerial vehicle. 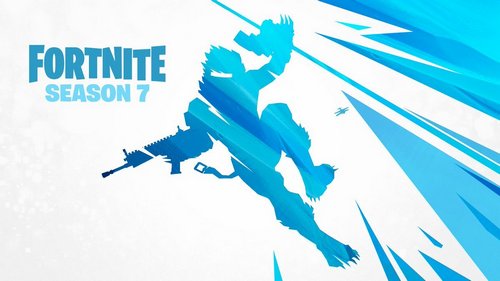 Epic hasn’t confirmed many details about Season 7 beyond its start date, but we’ve gotten a good idea of what to expect from the three teaser images it has shared so far. The first featured an icy silhouette of a character with the caption, «A bitter ice spreads…» seemingly confirming fan theories that the new season will be winter-themed. The image also featured a character snowboarding down the side of the silhouette.

Hints that Fortnite’s next season would be snow-themed first began to appear within the game itself a few weeks ago, when players began noticing distant clouds in the ocean surrounding the map. Since then, some users on Reddit have discovered that the clouds are actually shrouding an iceberg that is slowly approaching the island.

We’ll find out soon just what changes await Fortnite in Season 7, but we do know something else that’ll be arriving alongside it. Epic announced a new sandbox-style mode called Fortnite Creative, which will allow players to design their own games and unique Fortnite experiences. Fortnite Creative will be available to everyone on December 13, but those who purchase the Season 7 Battle Pass will get access to the mode beginning December 6.

Where To Find Power Armor Early