We now now what one of the more than 10 game announcements coming at The Game Awards next week will be. Show organiser Geoff Keighley revealed today that Fallout: New Vegas, South Park: The Stick of Truth, Knights of the Old Republic 2, and Pillars of Eternity developer Obsidian will reveal its new role-playing game during the awards show.

The Obsidian website now features a pop-up that displays a number of interesting teasers. You can see them all below. According to Kotaku’s Jason Schreier, the new game is being worked on by two Fallout 1’s designers, Tim Cain and Leonard Boyarsky.

Nothing else is known about Obsidian’s new RPG, but Keighley confirmed on Twitter that it is not a mobile game. Additionally, Obsidian already confirmed the game won’t have any microtransactions. 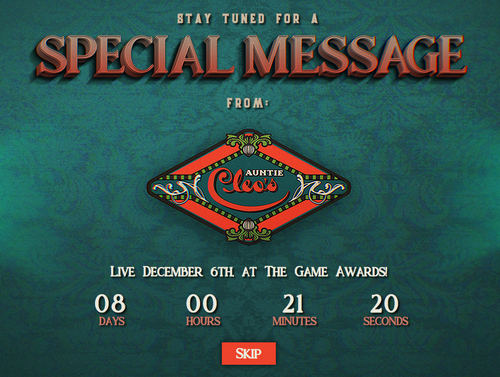 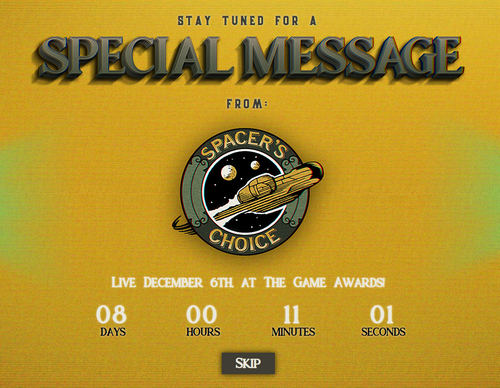 Private Division is Take-Two’s new indie publishing label. In addition to Obsidian’s next RPG, the company is publishing Assassin’s Creed creator Patrice Desilets’ Ancestors: The Humankind Odyssey, along with an unannounced RPG from former DICE developers David Goldfarb and Ben Cousins at their new studio The Outsiders. Halo co-creator Marcus Lehto’s unannounced sci-fi FPS at his studio V1 Interactive will also be published by Private Division.

The Game Awards 2018 take place on the evening of Thursday, December 6. One of the other reveals could be Alien: Blackout for console and PC, but that’s all we know so far.

On top of whatever games get announced, The Game Awards will also of course host actual awards. God of War, Red Dead Redemption 2, Assassin’s Creed Odyssey, Celeste, Spider-Man, and Monster Hunter: World are all up for the highly coveted Game of the Year award. You can see a full rundown of categories and nominees here. Last year, Nintendo’s The Legend of Zelda: Breath of the Wild won Game of the Year at The Game Awards.