Discord has announced that in 2019, the launcher will offer 90 percent of the revenue share made off of game sales to developers. That deal undercuts every offer on other major online PC game stores. 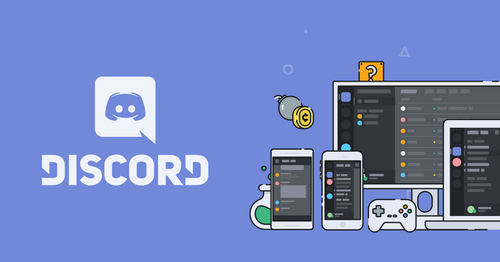 «We noticed a change happening in the game industry. We talked to a lot of developers, and many of them feel that current stores are not earning their 30% of the usual 70/30 revenue share,» the company said on its blog. «Because of this, we now see developers creating their own stores and launchers to distribute their games instead of focusing on what’s really important -making great games and cultivating amazing communities.

Steam is one of those stores that is taking 20-30 percent from developers on a tiered earning structure. Discord’s announcement comes in the same month that Epic undercut Steam with the reveal that its store would only take 12 percent of a game’s revenue share and have no tiers to the profit-sharing. Certain PC games are also being offered exclusively through Epic’s store-like Hades and Journey, and Discord has a 90-day exclusivity on some titles through the «First on Discord» program as well. For the first time in a while, Steam has some serious competition.

In 2019, Discord said it plans to «extend access to the Discord store and our extremely efficient game patcher by releasing a self-serve game publishing platform.» Everyone from AAA developers to smaller indie devs will be able to publish games on Discord’s store and retain 90% of revenue, with the remaining 10% covering Discord’s operating costs. Discord has said it will also «explore lowering it by optimizing our tech and making things more efficient.»

Discord has cited Nitro’s growing success as the reason for why Discord doesn’t need to compete with developers for revenue. Nitro is a Netflix-like service for PC games, offering players a library of 60+ titles for $10 USD. Although the service mostly offers indie games, such as Inside and Wasteland 2: Director’s Cut, there are triple-A titles like Metro: Last Light Redux and Darksiders II Deathinitive Edition as well. Discord has plans of adding more games to the service in the coming months.

Discord did not provide a specific date for when its store will start offering developers 90 percent of their game’s revenue share.

Nintendo Switch Consoles Down To Lowest Price Yet At Amazon