My introduction to anime was 1999’s Digimon Adventure, so the franchise’s story about humans and digital monsters working together and becoming stronger has always held a soft spot in my heart. Back in the day, one of my favorite aspects of the show was that the stories matured with subsequent seasons, allowing the anime to continuously appeal to its audience as they grew up.

This pattern finally peaked with Digimon Data Squad, where most characters are 18 or older, before the series refocused on a new generation of children with more kid-centric material in Fusion and App Monsters. This trend, however, has not translated over to the Digimon games, which have mostly been designed to appeal to the franchise’s younger audience.

Digimon Survive could finally break that trend though, and that has me so excited. One of the few advantages the Digimon anime has over the Pokemon one is its willingness to embrace more adult material and age its characters; it’s been frustrating to see that element mostly absent in the games. Survive is the first Digimon game to seemingly lean into that element by focusing on a group of teens and implementing a choice system with heavy consequences-even the death of major characters. 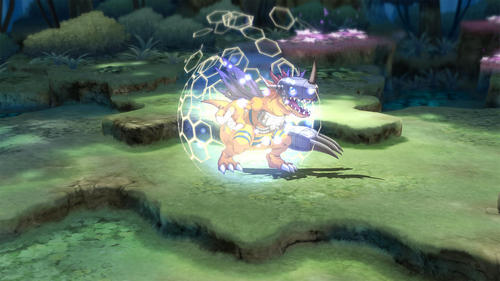 Admittedly, Survive doesn’t need a more adult story to be good, but Tamers and Frontier are so well regarded for their willingness to approach that type of content. In both series, problems aren’t resolved in one episode with someone learning to be brave or trust their friends, but instead slowly chipped away at through the continued growth of the entire group. Tamers’ Jeri learning to cope with depression and Frontier’s Zoe overcoming her crippling self-doubt as a result of cultural ostracization are satisfying to watch because both instances showcase the protagonists’ grit. Sometimes life is just hard and you need more than the power of friendship to persevere through it. I want to see those types of stories in Digimon again, and I’m hopeful that Survive provides that.

So far, the only definitive details we have about Digimon Survive are that it tells the story of three teenagers accidentally stumbling into an unknown world. You control Takuma Momozuka, who’s partnered with Agumon. Takuma’s companions, Minoru Hinata and Aoi Shibuya, are partnered with Falcomon and Labramon respectfully. Aoi is older than the two boys, and is quiet and hardworking. Her partner is rather direct and outspoken in comparison. Minoru is the group’s irresponsible jokester, and often tries to talk his way out of a fight. His partner balances him out by being level-headed. Together, the six work together to find a way for the humans to return to their world. Trailers and images seem to imply the group will encounter other humans on their adventure.

Some of Digimon Survive plays out as a visual novel, with the ending dependent on what dialogue options and actions you choose. The rest of the game is a turn-based strategy RPG. In combat, you’ll move your team of Digimon across a battlefield and determine what type of action they take against enemies, with the ability to digivolve or warp digivolve dependent on the characters’ bonds with one another.

Digimon Survive is scheduled to release for Xbox One, PS4, PC, and Switch in 2019.