Rage 2, the long-awaited sequel from Id Software and Avalanche, finally has a release date. At The Game Awards 2018, publisher Bethesda officially confirmed that the single-player post-apocalyptic shooter is launching on May 14 for PlayStation 4, Xbox One, and PC. 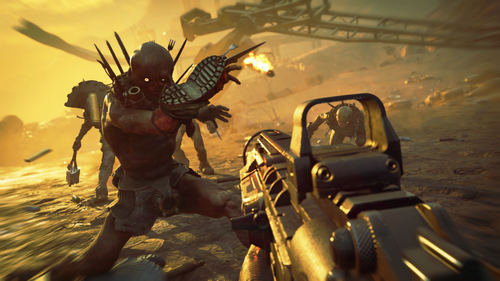 Bethesda also released a new trailer for the game showing off some of the crazy things you’ll be able to do in the open-world. Check it out in the embed above.

The game is set 30 years after the events of the first Rage, which was released in 2011 for Xbox 360, PlayStation 3, and PC. The Earth has started to recover after being ravaged by a global catastrophe, and plant and animal life have begun springing up around the planet.

Rage 2 is in development at Just Cause studio Avalanche Studios, while original developer id Software is also contributing to the project.

For more on all the big announcements from The Game Awards, check out GameSpot’s roundup here.