Street Fighter V recently released an update that introduces advertisements to the fighting game’s loading screens, player models, and stages. While the advertisements can be toggled off, the introduction of ads in the first place went over just as well as you’d expect. 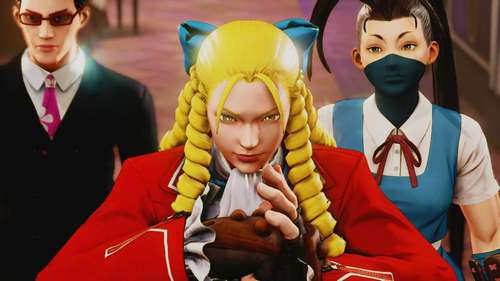 Now, Street Fighter executive producer Yoshinori Ono has responded. In a statement posted Sunday evening, Ono thanked fans for their feedback, adding that Capcom will continue to consider this feedback to think about how it may «improve» the sponsored content feature in the future. Advertisements in Street Fighter V seem like they are here to stay.

«We value and thank our community for providing feedback on the new sponsored content feature added to Street Fighter V: Arcade Edition this week,» Ono said. «We will continue collecting everyone’s feedback to consider how we can improve this new feature for players in the future.»

Advertisements came to Street Fighter V in an update released on December 11. Some people immediately criticised the move, and made silly mock-up images of new skins for brands like McDonald’s and Mtn Dew. Right now, the ads in Street Fighter V are for things like the Capcom Pro Tour series and extra content sales for the game. Players who view the ads earn extra Fight Money (the game’s currency) from Ranked and Casual matches, but the sponsored content, as Capcom calls it, can be toggled off for those who don’t want to see it.