Super Smash Bros. Ultimate might have only launched for Nintendo Switch a few days ago, but it’s already breaking records. The fighting game has become the console’s biggest ever launch, according to sales monitor Chart-Track, meaning it also performed better in its opening weekend than Pokemon Let’s Go Pikachu and Let’s Go Eevee did combined in theirs. 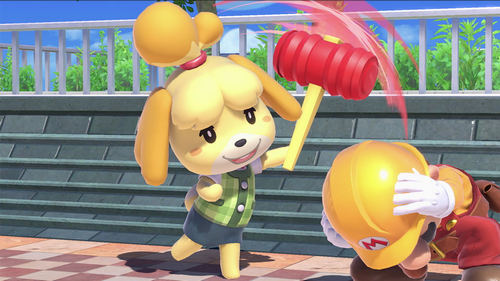 Red Dead Redemption 2 remains at No.2 for the week ending December 8, while FIFA 19 drops two places to No.3. Below these, Battlefield V spends a third consecutive week at No.4 and Mario Kart 8 Deluxe benefits from hardware bundling with Switch consoles and Smash Bros. to finish at No.5.

Three new entries hit the chart this week: Just Cause 4 debuts at No.6, PUBG’s PS4 release helps it re-enter the ranking at No.22, and Sega Mega Drive Classics’ Switch debut helps it break back in at No.33.