Red Dead Online, the multiplayer mode for Red Dead Redemption 2, has started to roll out to select beta participants; it’s expanded today and will continue building to a full launch later this week. If you pre-ordered or bought a special edition, you have some bonuses waiting for you in the online Wild West, but you may be unsure where to claim them. 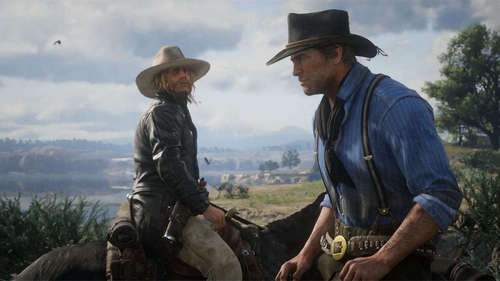 For any bonuses, first you have to complete the Red Dead Online tutorial. From there, you can find your extras in a couple of different locations. To claim a horse, just sell the default one to make space and then pick up a new one from the stable. For guns and outfits, you can visit a store, or just consult the catalog that you carry with you wherever you go. The catalog is given to you during the tutorial.

Only Ultimate Edition players had access to Red Dead Online on Tuesday, but that has expanded now to include everyone who played the base game on launch day. After that, on November 29, the beta will open for anyone who played by October 29. Finally, on November 30 the mode will be widely available for anyone who owns any version of Red Dead Redemption 2. The initial launch began at 8:30 AM ET / 5:30 AM PST / 1:30 PM GMT / 12:30 AM AEDT, so we expect each phase to launch at that time on their respective days.

However, the launch didn’t go off without a hitch. Rockstar Support dealt with an issue impacting Xbox One owners of the Ultimate Edition that prevented them from accessing the beta. In our own playtime, we’ve gotten into the game but suffered frequent errors that eject us. Rockstar has warned that this is very much a beta, and that issues are expected.

Oscar Dayus’s Most Anticipated Game Of 2019: Pokemon For Nintendo Switch