The year may be winding down, but the video game discounts show no signs of following suit. A flurry of winter and holiday sales is now live, including a big one on PC games at GOG. Between now and January 3, you can save money on a wide assortment of titles, including some you can get for free. Let’s dive in and look at the details.

One game, Full Throttle Remastered, is free for everyone, with no strings attached, through December 15. If you spend even one cent during the sale, you’ll also get a free copy of the turn-based strategy game Fantasy General. Spend $15, and they’ll throw in Everspace for free-a $30 value. 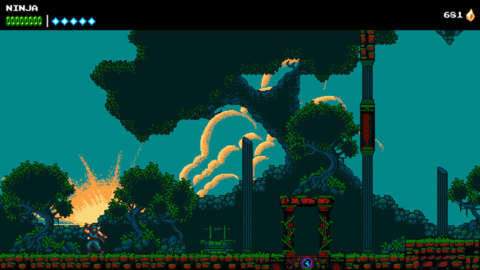 As for what you can spend that money on, you have plenty of choices. One good starting point would be the GameSpot Collection, where you’ll find a list of discounted games that was hand-picked by our editors and producers.

Another place to start would be on some of the best PC games of the year, including the roguelike Metroidvania-style Dead Cells, which is a one of GameSpot top games of the year in addition to being on sale for $20. Into the Breach, also a top game of the year, is a unique strategy game from the makers of FTL (which is also on sale), that’s discounted to $10. Then there’s The Messenger, which bears more than a little resemblance to the Ninja Gaiden NES games, is down to $14.

Anyone who hasn’t picked up the Witcher games yet can scoop up the entire series, DLC and all, for under $30. Speaking of that series, the RPG/card game Thronebreaker: The Witcher Tales, is also on sale for $24. Also priced to sell are the CRPGs Pillars of Eternity II: Deadfire ($33) and Divinity: Original Sin II ($30), as are Darkest Dungeon ($7.50) and Anno 1404: Gold Edition ($9).

Read on for more of our picks, or head to the site to find all 43 pages’ worth of deals.